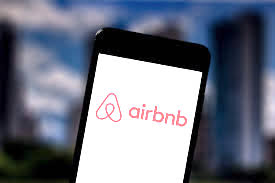 Airbnb has incorporated new guidelines as a means to prevent unnecessary gatherings on Halloween. The online rental marketplace revealed it will ban any one-night reservations within the US and Canada on October 30 and 31.

“To strengthen our hosts’ protection against parties amid concerns about a second wave of the pandemic, today we’re announcing that we’ll be prohibiting one-night reservations over the Halloween weekend in entire home listings in the United States or Canada,” Airbnb wrote in a statement. Previously booked reservations within that time frame will also be cancelled and reimbursed.

Furthermore, restrictions will be enforced on two to three night reservations that fall on Halloween weekend. Guests will need to attest to understanding the regulations and that legal action will be taken if the rules are violated.

Airbnb has implemented the measures in order to help prevent parties and to ensure public health. In 2019, a california Halloween gathering within an airbnb rental, resulted in a shooting that left five people dead.

Although unapproved parties have always been forbidden by the company, it previously allowed hosts to approve small get-togethers. Additionally, in the past the service has permitted hosts to authorize guests “use their best judgment.”

“This party ban applies to all future bookings on Airbnb and it will remain in effect indefinitely until further notice,” Airbnb announced.

The company is also instilling stricter regulation for guests under the age of 25. As of July 2, the platform revealed that members under 25 that had less than three positive reviews would not be able to rent an entire home within their area. A representative has yet to comment on the ordeal.