Alaska Airlines (NYSE: ALK) announced it will buy almost a dozen Boeing 737 Max planes with options to purchase more. This will be Boeings first order placed by a U.S. carrier since regulators authorized the flight of the aircrafts last month, following the two deadly crashes that grounded it in 2019.

The airline revealed it was set to buy 68 of the 737 Max9 aircrafts, an increase from the 32 it had initially ordered. Alaska plans to purchase 23 of the planes from Boeing and lease 13 from Air Lease. Furthermore, the company has options to buy another 52 Max planes. 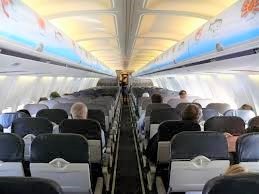 “We believe in this airplane, we believe in our strong partnership with Boeing, and we believe in the future of Alaska Airlines and the incredible opportunities ahead as we climb our way out of this pandemic,” said CEO Brad Tilden in a statement.

Boeing has strived to overcome its downfall amid its nearly two-year grounding, however with the surge of the global pandemic, demand and prices for its planes have plummeted.

“We have high expectations and confidence that Boeing has made the required changes and necessary improvements,” the carrier said last month.

Tilden opted not to share the terms of the agreement but did specify that nine of the Max aircrafts it is acquiring are white-tails, which are planes that have been manufactured but don’t have an owner.

Ultimately, the order is set to transition Alaska to an almost all-Boeing fleet in the next few years. According to Tilden, the change will save the company maintenance costs as the airline strives to reduce expenses amid the low travel demand steered by the coronavirus pandemic.

“We said: What is it we can do to fundamentally and permanently take advantage of this crisis and improve the competitive position of Alaska?” said Tilden. “We said if we can largely get back to a single fleet, that would be in our interest.”