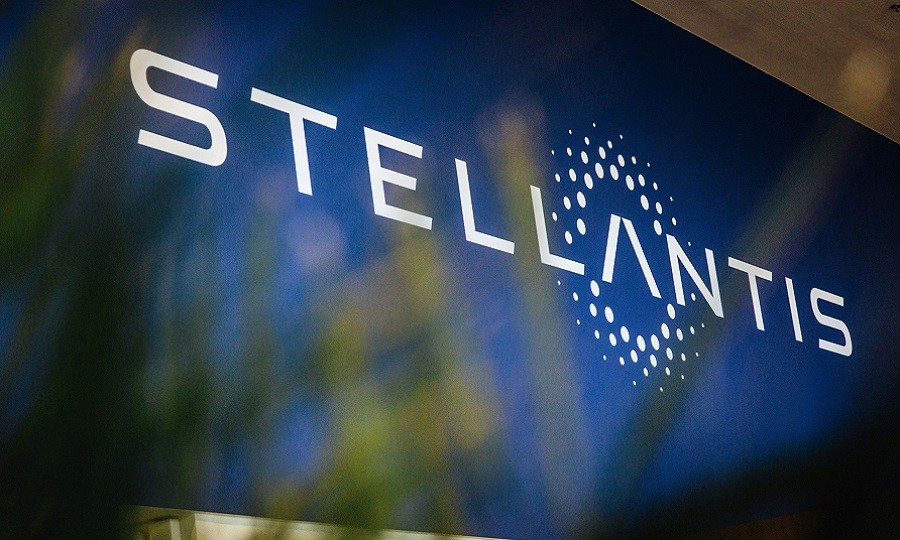 A Stellantis NV logo in the reception area of the automaker’s technical center in Velizy-Villacoublay near Paris, France, on Monday, Jan . 18, 2021. Stellantis NV, the carmaker formed from the merger of Fiat Chrysler Automobiles NV and PSA Group, advanced in its first day of trading after completing a more than two-year effort to form one of the worlds largest vehicle manufacturers. Photographer: Cyril Marcilhacy/Bloomberg