Amazon (NASDAQ: AMZN) Chief Executive Andy Jassy,  announced it will be hiring approximately 55,000 employees for both corporate and technology roles worldwide. The hiring push is the first since Jassy took over his current role from Jeff Bezos in July.

According to Jassy, the company is hiring in order to keep up with retail demand, the cloud and advertising, among other divisions. Furthermore, he stated that the company’s new venture to launch satellites into orbit in order to widen broadband access, named Project Kuiper, would call for new employees as well. 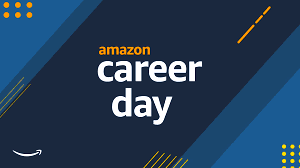 The company revealed that the new hires will grow its global corporate and technology staff by 20%. Furthermore, Amazon’s annual job fair will commence September 15, and the newest efforts are set to make it the company’s largest Career Day yet.

“It’s part of what we think makes ‘Career Day’ so timely and so useful,” he said. The new hires would represent a 20% increase in Amazon’s tech and corporate staff, who currently number around 275,000 globally, the company said.

The career fair is set to be global this year, after 22,000 people tuned in last year, Jassy said.