American Airlines (NASDAQ: AAL) revealed it will be flying its own employees, which include top executives and reporters on its Boeing 737 Max aircrafts this week to hopefully instill trust in the airplanes that were grounded 20 months ago after killing 346 people in two separate crashes.

The demonstration flight will take place Wednesday from DFW Airport to American’s maintenance base in Tulsa. Additionally, the airline has scheduled several employee-only flights throughout the coming weeks. 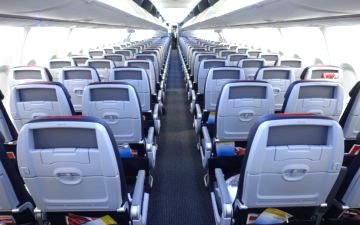 The company is set to be the first amongst its competitors to fly the 737 Max. Southwest Airlines and United Airlines have both chosen to wait until 2021 before putting the planes back in service as they continue to train pilots. American has its first passenger revenue flight on calendar for December 29 to take place from Miami International Airport to LaGuardia International Airport in NYC.

“For 20 months, Boeing 737 MAX aircraft around the world have been grounded. Our hearts go out to the families of the victims whose lives have been lost, and we will never forget the tragedy that changed their lives forever,” American’s Parker wrote in an Instagram post Tuesday night.

“Today (Tuesday), @AmericanAir took our first 737 MAX aircraft back up in the air. In partnership with @AlliedPilots, @APFAUnity, @Boeing, @FAA, our Tech Ops experts and countless others, teams have worked diligently to prepare the aircraft to safely return to service. I’ve long said that when American Airlines pilots – who are the best in the business – are comfortable and confident in flying the MAX, so am I.”

On November 18, The Federal Aviation Administration revoked its ban on the planes, permitting airlines to start flying them once more. Pilot training for the company will begin this week, a rule that was implemented after the two fatal crashes. Computer-based training and flight simulators will be part of the requirements moving forward.