Where to Next for the Economy?

These strong gains are being fuelled in no small part by Trump administration policies which have reduced bureaucratic red tape, cut corporate taxes, and encouraged more favorable terms of trade between the US and its international partners. The trade war with China remains a source of concern, yet negotiators on both sides are hammering out preliminary terms to fast-track an equitable agreement.

What do investors expect from their portfolios in 2020?

2020 is a big year in the global economy. The US elections take place in November, with the incumbent seeking a second term, and his Democratic rivals seeking to displace him in favor of a shift to the far left. Election campaigning has kicked off in earnest, with a clear divide between the Trump doctrine of more favorable terms of trade, secure borders, low taxes, and an America First policy in the global economy. This stands in sharp contrast to socialized services, open borders, a relaxation of demands on foreign trading partners, and a more measured approach to foreign affairs and diplomacy.

The impact of geopolitical events, including the 2020 elections, Iran/US relations, Middle East politics, and North Korea’s ballistic missile program could unsettle the global balance at the drop of a hat. For their part, investors in 2020 are seeking no change to the status quo over 2019. However, economists from the Wall Street Journal have predicted that US GDP will increase in Q4 2020 over Q4 2019, but at a much lower rate of 1.8%, versus 2.2%. Of course, there are many possible economic boons that could take place. For example, a trade deal with China would put the world’s top economies on the path towards prosperity.

If the US and China can strike a deal, markets will rally in a big way. This invariably leads to huge FDI (capital expenditure), a strengthening of the USD, and a return to confidence in the global economy. Speculative sentiment has a big part to play in the process; the trajectory of the US economy is based on the opinions of analysts who inject their own personal bias into the equation. These opinions will vary from one analyst to the next, yet the consensus estimate remains bullish. 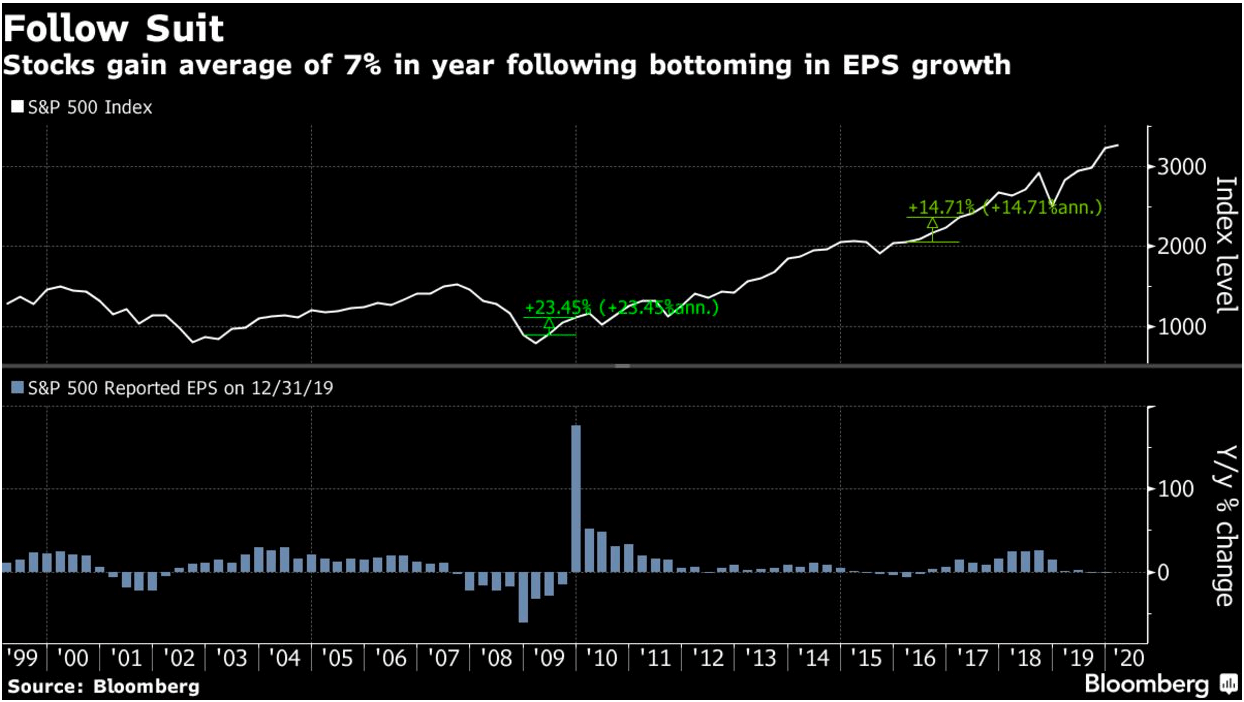 As far as stock prices are concerned, most everybody agrees that stocks are overpriced and overvalued. Earnings have largely been limited, yet S&P 500 valuations have increased sharply, stoking fears of a sell-off, or at the very least a market correction. According to FactSet, the last time the P/E ratios were higher than they are right now was back when the dot-com bubble burst, and that resulted in a massive sell-off of stocks, dragging the market into bear territory, wrecking 401(k)s in the process.

The major risk that investors are facing in the stock market today is overvaluation of their portfolios. If companies cannot justify the current pricing of their stocks with earnings and performance, as reflected in a stock market calendar, then prices will invariably have to correct to reflect true value. Nobody knows when this will take place, suffice it to say that it will happen.

There are two ways that prices could be justified: a strong devaluation of the dollar which makes stock prices much less expensive, or a substantial boost in earnings. Both of these scenarios are unlikely. This leaves markets with one possibility: a correction. This could be precipitated by declining economic performance by way of poor GDP CPI, NFP, interest rates, guidance, et al.

Deutsche Bank AG believes that we are reaching extreme levels in the stock markets. They posit that equity positioning is far ahead of the current growth rate in the market, leading to these overvaluations that so many analysts are concerned about. Equity exposure is approaching all-time highs, with many discretionary investors in what is deemed to be an overweight category.

While markets continue to grow, and the global economy is clearly on the rebound, many folks are looking to add more stocks to their portfolio in 2020. Consider that over the last 3 months from November through January, equity inflows have hit $50 billion, compared with outflows of $300 billion in the 10 months before that.

Based on the numbers, there is reason to be concerned and excited. Nobody is ready to cash in their portfolio and lock in gains just yet, but there is increasing awareness that stop loss orders play a pivotal part in securing current profitability.

Global Graph Database Market Revenue to Grow with a CAGR of 20.41% During the Period 2019-2027 - ResearchAndMarkets.com