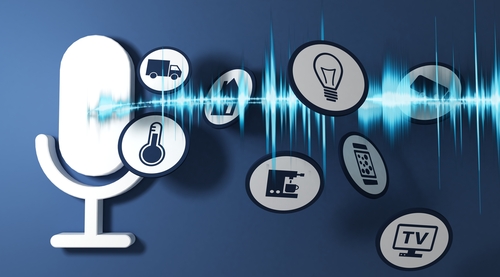 Apple Inc. (NASDAQ: AAPL) and Salesforce.com Inc. (NYSE: CRM) are entering a partnership in which the iPhone maker will help Salesforce build its Siri voice assistant deeper into Salesforce’s own mobile apps, which are widely used in the sales and marketing industries.

In exchange, Salesforce will make software tools so that the big businesses that use its back-end technology to power their own apps can build better products with features specific to iPhones and iPads.

The partnership means that a salesperson can use Siri after a customer meeting to update that customer’s record with notes from the meeting, flag a customer service issue for a support team to follow-up on and many other data-entry tasks that can eat up valuable time.

“If you look at enterprise in general, voice has not been used as much as in consumer,” Apple Chief Executive Officer Tim Cook said in an interview. “We’re going to be able to provide the sales rep instant access to things using your voice instead of clicks and going through different apps. We’re changing the way people work, and that’s always been at the heart of what Apple is about – changing things for the better.”

At Salesforce’s annual customer conference this week, Marriott International will demonstrate a new system that uses Salesforce and Apple tools so that hotel guests can turn up the heat, order a sandwich or hail a ride using Siri with an Apple HomePod in their hotel room. And at the next Marriot the guest stays at, Siri will remember the guest’s preferences – even their favorite sandwich, Salesforce Chief Executive Officer Marc Benioff said.

Salesforce also runs an educational platform called Trailhead, where it says one in four people who take courses in how to build business apps with Salesforce’s tools ends up getting a raise or promotion. As part of the deal, Apple and Salesforce will add courses on how to develop iPhone and iPad applications.