AstraZeneca (OTCMKTS: AZNCF), Swedish drugmaker’s, Covid-19 vaccine proved to be as little as 10% effective against South Africa’s new coronavirus variant, according to a study. The country has now suspended the distribution of the shot within its vaccination program after the study highlighted the vaccine’s “minimal protection” when fighting mild to moderate variant cases.

The variant is responsible for 90% of new coronavirus cases, according to the BBC. Nevertheless scientists have revealed that AstraZeneca’s current vaccine could still offer protection against severe cases of the virus. 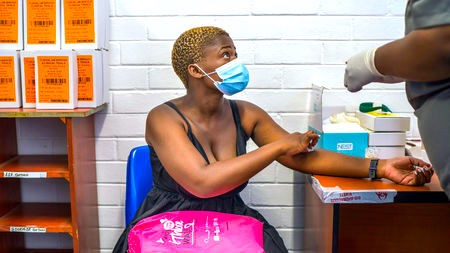 The study involved 2,000 volunteers that were on average about 31 years old and according to analysts from the University of Witwatersrand and others in South Africa, and the University of Oxford, it was too small. Oxford University said “protection against moderate-severe disease, hospitalization or death could not be assessed in this study as the target population were at such low risk.”

Vaccine manufacturers had previously begun to tweak Covid-19 vaccines to fight off the new variants. Experts believe it should not be too difficult to adjust the existing vaccines and that it can be done in a matter of six weeks. AstraZeneca shares rose 0.6% on London’s FTSE 100 index on Monday.

According to Sarah Gilbert, professor of vaccinology at the University of Oxford, which developed the vaccine with AstraZeneca, “efforts are underway to develop a new generation of vaccines that will allow protection to be redirected to emerging variants as booster jabs, if it turns out that it is necessary to do so.”

“We are working with AstraZeneca to optimise the pipeline required for a strain change should one become necessary. This is the same issue that is faced by all of the vaccine developers, and we will continue to monitor the emergence of new variants that arise in readiness for a future strain change.

Worldwide Java CMS Software Industry to 2027 - Rising Proliferation and Ease of Use of CMS is Driving Growth - ResearchAndMarkets.com