Employees at a General Motors (NYSE: GM) joint venture battery plant in northeast Ohio voted to unionize with United Automobile Workers. The move would create the first formal union at a major U.S. electric car, truck, or battery cell manufacturing plant not owned by one of the Big Three automakers.

“As the auto industry transitions to electric vehicles, new workers entering the auto sector at plants like Ultium are thinking about their value and worth,” said Ray Curry, the U.A.W. president, in the statement. “This vote shows that they want to be a part of maintaining the high standards and wages that U.A.W. members have built in the auto industry.” 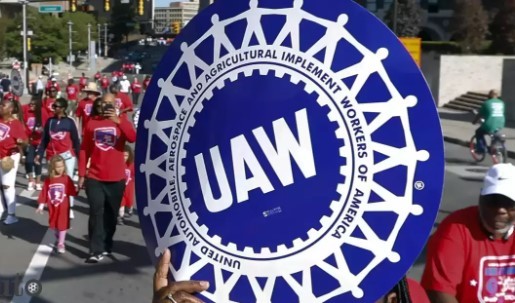 The National Labor Relations stated that it had received the results and would move to verify the data if there were no objections filed.

Though existing plants owned by the three legacy U.S. automakers have kept their union presence as they have shifted production to electric vehicles, the union must start from scratch at plants like the one in Ohio as well as joint ventures through which Ford is building battery factories in the South. Electric vehicle companies such as Tesla, Rivian and Lucid, are also not unionized.

The recent vote gives the powerful partnership footing in the new era of EV component and assembly plants.