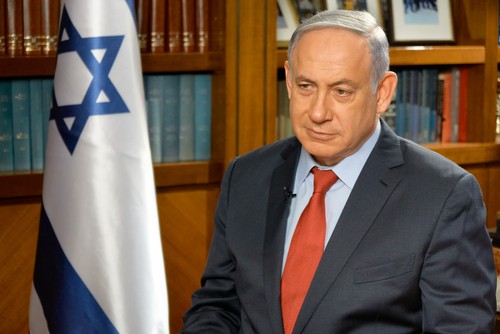 On Sunday, Israeli Prime Minister Benjamin Netanyahu was officially voted out of office by a diverse coalition of left, right, and center parties in the Israeli Government. Netanyahu has had the longest tenure of any Prime Minister in Israel’s history serving a total of 15 years in office. Though the former Prime Minister has been hailed for his achievements with the economy, national security, and the international stage, he’s also currently facing three separate investigations for bribery and fraud. The Israeli Government, or the Knesset, functions as a parliamentary democracy with 120 seats. To become a majority party in the Knesset, one must win at least 61 seats in an election, and the majority leader is then granted the right to become Prime Minister.

Unlike the traditional two-party system in the U.S., Israel has multiple parties and factions that hold power within its government, such as left, right, center, religious, and secular parties. No party has ever outright won 61 seats in an Israeli election, so different factions must band together to create a majority bloc or coalition. Unfortunately this system has been proven to have a major drawback, as in the last two years, four Israeli elections have seen no party being able to establish a majority coalition. The gridlock in Israel has resulted in an inability by the government to pass legislation.

In recent years, the Israeli left and right have been essentially shaped by anti and pro Netanyahu factions. Netanyahu’s opponents argued that the end of his tenure was long overdue, and that a government official under criminal investigation shouldn’t be allowed to remain in office. Most recently, the majority coalition led by centrist Yair Lapid and right-winger Naftali Bennet, consists of parties with a wide range of political issues. Though some members of the coalition have completely different views on political issues, they united under the common goal of getting Netanyahu out of office. Bennett and Lapid struck a deal where each will serve two years as Prime Minister. The current Prime Minister Bennett was sworn in on Sunday, while Lapid will begin his tenure in 2023.

The U.S. considers Israel a major economic partner and its most important strategic ally in the Middle East. Israel is considered to be the “Silicon Valley” of the Middle East, and a number of Israeli tech companies have listed on the NASDAQ such as Solaredge Technologies Inc (NASDAQ: SEDG) and Nano Dimension Ltd (NASDAQ: NNDM). Additionally, the U.S. relies on the IDF (Israel Defense Forces) for intelligence and as a front against terrorism in the region. This is why back in 2016, President Obama signed an agreement with Israel to provide almost USD 40 Billion in military aid by 2028.

Unfortunately, the U.S. relationship with Israel has seen a bit of turbulence in the last few years. Prime Minister Netanyahu made his disagreements with President Obama public over disapproval of entering a nuclear deal with Iran, which Netanyahu called an existential threat to Israel. Netanyahu also made public his close relationship with President Trump, and many have criticized the former Prime Minister for mixing politics into the relationship that goes beyond partisanship. In his last speech in office, Netanyahu blasted the Biden Administration for its willingness to renegotiate a nuclear agreement with Iran, which many feared could damage U.S.-Israel relations in the near future. President Biden didn’t respond to Netanyahu’s comments, but later called Bennett to congratulate him on his new role as Prime Minister. “I look forward to working with Prime Minister Bennett to strengthen all aspects of the close and enduring relationship between our two nations,” Biden later stated.

Stringr Announces the Addition of Simon Schatzmann as VP of Sales