Best Buy Co. (NYSE: BBY) announced that its sales had skyrocketed 36% throughout the fiscal first quarter as consumer demand spiked for technology and home products. The results were the best in the company’s memory and surpassed the 2019 period. Shares rose 3% during premarket trading after the retailer raised its forecast.

“This demand is being driven by continued focus on the home, which encompasses many aspects of our lives including working, learning, cooking, entertaining, redecorating and remodeling,” said Best Buy CEO Corie Barry in a statement. “The demand was also bolstered by government stimulus programs and the strong housing environment.” 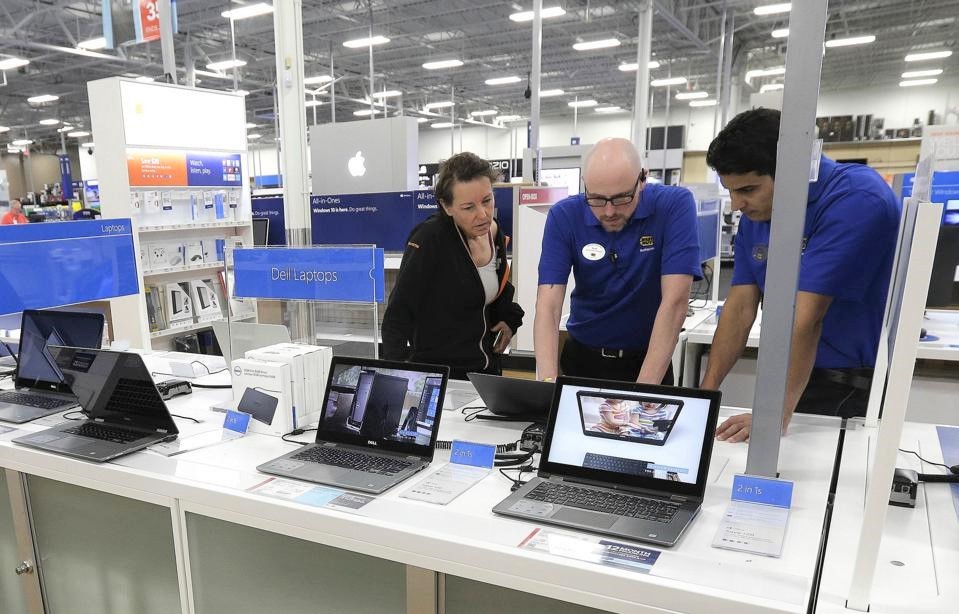 Barry revealed that consumers were purchasing technology and kitchen appliances as home values began to increase. She said that demand “was extraordinarily high” during the three-month period.

The multinational retailer reported earnings of USD2.23 per share, compared to the expected $1.39 a share. Revenue amounted to USD11.64 Billion, higher than analysts anticipated USD10.44 Billion.

During the first-quarter, Best Buy earned USD595 Million in net income, or USD2.32 per share. An increase from the previous year’s USD159 Million, or USD0.61 a share.

On an earnings call, Barry explained that customer growth has risen approximately 50% throughout the pandemic. Nevertheless, the demographic has shifted and consists of younger, more female and a bit lower income buyers, she said.

“As we think about the back half of this year, we expect shopping behavior will evolve as customers are able to spend more time on activities like eating out, traveling and other events,” Matt Bilunas, Best Buy’s chief financial officer, said in a statement. “It is difficult to know exactly how that impacts our business, especially as we lap particularly strong sales in the back half of last year.”

Best By shares have climbed 17% this year, and has a current market cap of USD29.29 Billion.

Outlook on the Base Metal Hinges Global Market to 2025 - Profiles of Major Producers - ResearchAndMarkets.com