Beyond Meat (NASDAQ: BYND) is now introducing its new Meatless chicken tenders to select grocery stores nationwide, set to begin next month. The tenders, which are set to be sold for USD4.99, come pre-cooked and ready to heat in a microwave or airfryer.

“Following the tremendous success of our plant-based chicken in restaurants, fans were eager to get their hands on a retail product that’s readily accessible and can be cooked at home anytime,” Deanna Jurgens, Beyond Meat’s chief growth officer, said in a press release. 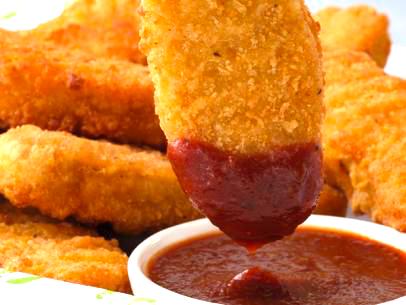 “We’re thrilled to be answering consumer demand by launching Beyond Chicken Tenders at prominent retailers nationwide, continuing our momentum in the plant-based poultry category,” Jurgens added.

After unveiling its plant-based chicken in July, Beyond Meat products were available in both select Panda Express locations as well as over 1,000 A&W locations in Canada. However, the tenders were the first Beyond chicken substitute available in the U.S after the company took its original chicken strips off the market two year ago.

The new product uses faba beans as its primary ingredient, though it has previously used soy-based products.

“We think it’s important to continue offering the consumer a diversity of proteins,” CEO Ethan Brown said in an interview. “You’ll see, in the coming years, we’ll come out with products that have different proteins altogether.”

Walmart, Harris Teeter, Giant Foods and Shoprite will all stock the chicken tenders. The company hopes to add more retailers and locations later this year.

Beyond Meat shares have tumbled 9% throughout the year and has a current market cap of USD7.14 Billion.