Beyond Meat (NASDAQ: BYND) and PepsiCo announced their joint venture on Tuesday, revealing the endeavor will create, produce and market plant-based foods and drinks. Neither company detailed the exact products to be made as they remain in development.

The news pushed Beyond Meat’s shares to their biggest single-day increase since its IPO in 2019. Shares jumped up to 31% during morning trading amid the news, however Pepsi’s shares were up 1%. Beyond Meat’s reaction may have been caused by hedge funds aiming to mask their bets opposing the stock. According to FactSet, over 38% of Beyond Meat’s feasible shares are sold short. 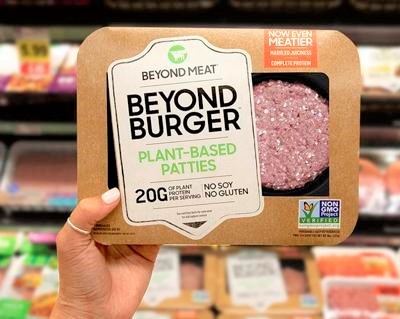 The agreement allows Pepsi to delve into the world of plant-based food as customers aim to reduce meat intake and search for healthier alternatives. Beyond Meat’s products, made from pea protein, are distributed worldwide.

Amid the partnership Pepsi will have the chance to innovate production and marketing, while investing in increasingly popular plant-based categories.

“PepsiCo represents the ideal partner for us in this exciting endeavor, one of global reach and importance,” Beyond Meat CEO Ethan Brown said in a statement.

Furthermore, Beyond Meat will also gain access to Pepsi’s distribution system as well as its product line.

“We look forward to together unlocking new categories and product lines that will inspire positive choices for both people and planet,” Brown said.

The joint venue will be regulated through a limited liability corporation named The PLANeT Partnership. Financial details on the matter were not shared.

“Plant-based proteins represent an exciting growth opportunity for us, a new frontier in our efforts to build a more sustainable food system and be a positive force for people and the planet, while meeting consumer demand for an expanded portfolio of more nutritious products,” Ram Krishnan, Pepsi’s Global Chief Commercial Officer, said in a statement.