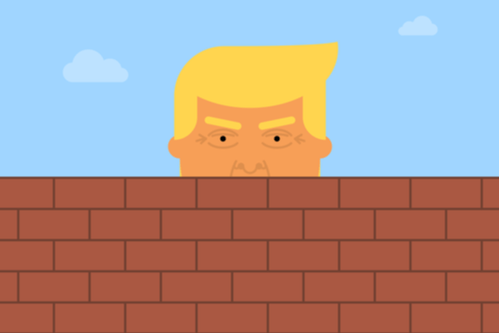 In the early days of the 2020 presidential race, then-candidate Joe Biden promised his supporters that under his presidency ‘not another foot’ of President Trump’s Southern Border Wall would be built. Many officials including President Biden in the past criticized the wall labeling it as racist, xenophobic, hateful, and an ineffective means of security. Despite the criticism however, the Biden Administration recently indicated that they might consider continuing construction on the wall in light of the current border crisis.

Ending construction on the border wall may be more difficult than President Biden may think due to the Impoundment Control Act (ICA). The ICA ensures that the President cannot block funds to a project that is pending completion even if he opposes it. Under President Trump’s tenure, Congress allocated USD 1.4 Billion per year between 2018-2021 for construction and maintenance of the border wall, and over 450 miles of wall has been completed to date. When asked about current progress on the wall, White House Press Secretary Jen Psaki stated, “It is paused.. There is some limited construction that has been funded and allocated for, but it is otherwise paused.” Senate Republicans thus far have complained that the White House’s actions could be a clear violation of the ICA.

As President Biden has committed to proposing less restrictive immigration policies, migrants have seized the opportunity to enter the U.S. en masse. Last month, border crossings had reached some of the highest levels in U.S. history, as approximately 172,000 migrants had been detained. The number of unaccompanied minors taken into custody at the border doubled from February to March to nearly 19,000. Border facilities are overcrowded, and in light of the ongoing pandemic authorities have been struggling to keep the dangerous situation under control. As many officials have called on the White House to take action, Secretary of Homeland Security Alejandro Mayorkas is currently reviewing a plan to begin ‘filling gaps’ in the uncompleted sections of the border wall.