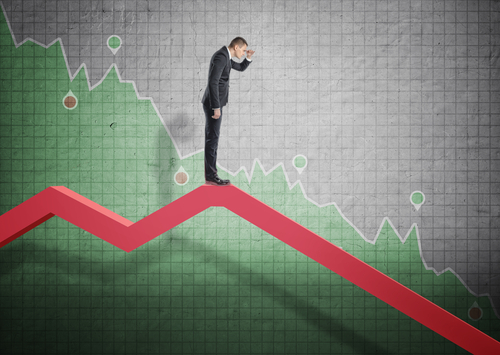 Raymond Dalio, billionaire hedge fund manager and founder of Bridgewater Associates, predicts that the U.S. economy is two years away from a recession. Dalio believes that the recession will closely resemble that of the 1930’s, as the downturn will see a significant weakening of the U.S. Dollar. Dalio believes that as the impact of the positive effects of the tax-cut driven stimulus begins to wither, demand for U.S. Debt would fail to maintain a steady pace with the nations borrowing needs, resulting in a 30% fall in the value of the U.S. Dollar.

With a strong bullish market, and a revised GDP growth in the second quarter of 4.2%, the Federal Reserve looks to raise interest rate as a means of preventing the economy from overheating.   However, a tangible slowdown in the economy is already visible as U.S. companies added only 163,000 jobs in August. 43,000 below the monthly average of 206,000, and lower than the 217,000 added in July. Dalio believes that the current economic climate vaguely resembles that of the 1930’s.

Speaking on Bloomberg Television Wednesday, Dalio believes the crisis would be fueled by the U.S.’s growing debt, centering around pensions and healthcare. He insists that the crisis will be more of “dollar crisis than a debt crisis.”  Dalio, who is credited with predicting the 2008 market crash, also feels that the Federal Reserve is ill-equipped in combating the downturn as monetary policy will be insufficient. Interest rates at the time will already be low and quantitative easing at a maximum.

He believes that the solution is to create “an emergency economic powers act” that allows the President, the Federal Reserve chairman, and the heads of the two Houses of Congress to enact necessary measures in minimizing the damage of the next crisis.

Nike & Kaepernick Prove There’s No Such Thing as Bad Publicity