Bitcoin Once Again Dips Below USD 30,000 Amid Fears Over Regulatory Concerns | Financial Buzz 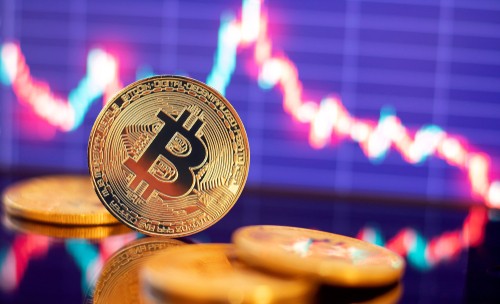 After a relatively shaky month, the price of Bitcoin (CRYPTO: BTC) has once again dropped below the threshold of USD 30,000. Investors for months have had growing concerns over impending regulations in the global crypto market. Recently, the market has seen growing demand for Bitcoin put options at USD 22,000 and USD 20,000 expiring at the end of this year. Other crypto currencies including Ethereum (CRYPTO: ETH), Ripple (CRYPTO: XRP), and Cardano (CRYPTO: ADA) have experienced similar negative trends, and the crypto market as a whole had lost roughly USD 98 Billion in market cap earlier today. As the future of crypto has come into question, all eyes have been on the world’s leading economic superpowers, namely the U.S. and China, on what steps they will take with regards to regulating cryptocurrency.

China has vowed to increase its crackdown on Bitcoin on numerous occasions, viewing it as a threat to its Yuan’s status as a global currency, though the Chinese Central Bank has already developed its own version of the digital Yuan. China’s Government has outlawed the process of Bitcoin Mining, and just last month made over 1000 arrests related to the activity. Business and Financial firms in China have since been instructed to not offer any crypto-related services. As for the U.S, Treasury Secretary Janet Yellen and Chairman of the Fed Jerome Powell met with top regulators earlier to discuss practical solutions regarding crypto. Similar to China, the U.S. has reportedly considered creating its own digital currency, though Chairman Powell has stated that he’s ‘legitimately undecided’ on whether the U.S. should in fact do so. Another interesting idea proposed by Secretary Yellen was to create the ‘regulatory framework’ for Stablecoins. These would essentially be digital currencies attached to assets such as Gold or the USD which don’t fluctuate as aggressively as crypto currencies.