Boeing Company (NYSE: BA) received 50 additional bids on the third day of the Dubai Airshow for its 737 Max aircraft after signing an order a day before for 10 737 Max jets. 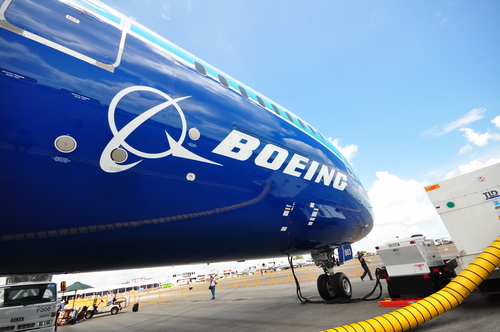 On Tuesday, Air Astana intends to order 30 Boeing 737 Max 8 airplanes to serve as the backbone of its new low cost airline FlyArystan. The two companies signed a letter of intent for the 30 airplanes with a list price value of USD 3.6 Billion.

Air Astana’s order comes shortly after a report of a mystery buyer ordered 20 of the same model, according to CNBC.

The Wall Street Journal on Tuesday reported 10 orders for Boeing’s 737 Max 7 and another 10 orders for its 737 Max 10 from an undisclosed buyer, citing people familiar with the matter.

Boeing’s bids are much less attractive compared to its competitor Airbus, who signed at least USD 30 Billion in orders at list prices. On Monday, Airbus won orders for 120 of its A320neo jets from Air Arabia and 50 of its A350s from Emirates, which was valued at USD 14 Billion and USD 16 Billion, respectively.

On Tuesday, Airbus announced additional deals with Flynas for 10 of its A321 XLR jets. The orders come in addition to a previous order of 80 A320neo jets in 2017, which was swapped for the larger A321 variants.