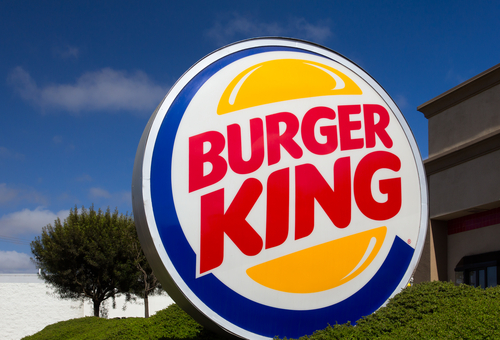 Burger King is helping bring meatless meat into the mainstream for vegetarians. The fast-food chain announced on Monday that it would begin testing the Impossible Whopper in 59 locations in St. Louis. The chain said the burger-less burger has fewer calories than the original beef-based burger, is low in cholesterol and has zero fat.

“We wanted to make sure we had something that lived up to the expectations of the Whopper,” Burger King’s North America President Christopher Finazzo told Reuters. “We have done sort of a blind taste test with our franchisees, with people in the office, with my partners on the executive team, and virtually nobody can tell the difference.”

Impossible Foods, a California-based company first developed the meatless burger by using a genetically-modified yeast to produce heme, a protein that makes its plant-based burgers taste and “bleed” like meat. It is reported that White Castle, the U.S. burger chain known for tiny, square sliders, currently sells the Impossible Burger product in more than 370 restaurants, and the chain has reported better-than-expected sales.

Budget-conscious customers may dislike Burger King’s new burger since the price of the Impossible Burger will be about a dollar more than the regular beef version. The burger of Beyond Meat, one major competitor of Impossible Foods, is also more expensive than most beef alternatives.

However, The Impossible Burger has not been immune from criticism. Some animal rights activists criticized the burger for testing products on rats. Genetically modified yeast, a lack of organic ingredients, processed soy, and high saturated fat and salt content have also concerned some critics.

Breaking News: Cannabis "IT" In A Box Trademark Filed as Nerds Expands in Arizona