Can You Believe?! Jonathan Van Ness Will Join SMIRNOFF™ Vodka at the 2018 NYC Pride March to Celebrate Love in All Forms and LGBTQ Equality | Financial Buzz

NORWALK, Conn., June 22, 2018 /PRNewswire/ — This Sunday, SMIRNOFF™ vodka continues its decades of support for the LGBTQ community by partnering with Queer Eye television personality, hairdresser, web series star and podcaster, Jonathan Van Ness, to bring love in all its forms to life at the NYC Pride March. From dancing in the streets with SMIRNOFF drag queens to self-love selfies to strutting alongside marchers up Fifth Avenue, Van Ness will join the brand at the 2018 Pride March to encourage people everywhere to show their support for equality and love of all kinds. 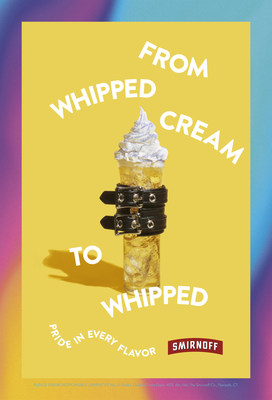 “SMIRNOFF is all about inclusivity and democratizing fun times for everyone, which totally speaks to me as a member of the LGBTQ community,” said Van Ness. “I could not be more excited to join SMIRNOFF for this year’s New York City Pride March. It truly is the ultimate celebration of love and equality for all, and once you add SMIRNOFF into the mix it becomes one big, fabulous, inclusive party. Who wouldn’t want to be a part of that?!”

In addition to the brand’s partnership with Van Ness, SMIRNOFF has also announced an increased commitment to the Human Rights Campaign (HRC), with a pledge to donate $1 for every SMIRNOFF “Love Wins” bottle made to the HRC for a minimum of one million dollars over three years, starting in 2019. These funds will go towards supporting local HRC events to drive awareness of the fight for LGBTQ equality and help empower those who are leading that fight for equality in HRC’s 32 volunteer-led local steering committees in communities across the country.

“Inclusivity is a part of our brand’s DNA,” said Jay Sethi, Vice President, SMIRNOFF, DIAGEO North America. “We have always believed that SMIRNOFF should be enjoyed by everyone, no matter what you look like, where you live, what your background is or who you love. We know how important it is to support LGBTQ efforts across the entire nation, which is why we are donating to the HRC through our ‘Love Wins’ bottles. Plus, we could not be happier to have the fabulous Jonathan Van Ness join us for this year’s New York City Pride Parade, as an inspiration to not only members of the LGBTQ community, but people everywhere with his messages of love and acceptance.”

SMIRNOFF’s pledge to the HRC marks the extension of a long-term commitment by the brand to support America’s largest LGBTQ civil rights organization and comes on the heels of SMIRNOFF’s donating almost a half of a million dollars to the organization in 2017 and 2018 through their SMIRNOFF “Love Wins” bottles.

“These crucial resources will help fuel the fight for LGBTQ equality and accelerate the pace of progress in the years ahead,” said HRC President Chad Griffin. “We are grateful for SMIRNOFF’s pledge to donate an additional one million dollars to the Human Rights Campaign, for their continued support of the LGBTQ community, and for those who put their passion for equality to work by making this campaign possible.”

SMIRNOFF originally launched its “Love Wins” campaign in May 2017 with its limited-edition “Love Wins” bottle packaging for SMIRNOFF No. 21 vodka. Now, in 2018, the “Love Wins” bottles are back and are available nationwide for a limited time. Inside each bottle is the iconic SMIRNOFF No. 21 vodka, triple distilled and ten-times filtered, from the world’s most awarded name in vodka in the last ten years. As a brand that has supported the LGBTQ community for several decades, and was honored alongside DIAGEO with the prestigious 2018 Corporate Equality Award by the HRC this past February, SMIRNOFF is proud to continue to support love in all its forms.

2018 Special-Edition “Love Wins” Bottles
SMIRNOFF’s redesigned 2018 “Love Wins” bottles feature the newly updated, special-edition bottle packaging, which highlights 34 real LGBTQ couples from across the United States. Each couple featured on the 2018 packaging submitted their photos through the brand’s website last year for a chance to be a part of the SMIRNOFF “Love Wins” campaign. Jessica & Whitney from Alabama, whose story began with a simple Facebook message, and Jeremy and Wutichai from Washington, D.C., who met while volunteering for the Peace Corps in Thailand, are just some of the real couples featured on the new bottles currently on shelves across the United States. Every SMIRNOFF “Love Wins” bottle is unique, with a different set of photographs that display real love and real people, along with its iridescent rainbow aesthetic and LGBTQ SMIRNOFF logo.

The SMIRNOFF No. 21 “Love Wins” bottles are available in 750mL and 1L and are priced in line with SMIRNOFF No. 21 vodka. While love is not meant to be bottled up, vodka sure is, so make sure to enjoy this limited-edition bottle responsibly.

HRC Partnership
SMIRNOFF, as well as its parent company DIAGEO, has a long-standing relationship with the HRC as one of the organization’s longest-standing partners and biggest advocates. In fact, in February of this year, after ten consecutive years of scoring a perfect 100% on the HRC Corporate Equality Index, SMIRNOFF and DIAGEO were honored with the prestigious 2018 Corporate Equality Award at the HRC Greater New York Gala. To further support the HRC and the LGBTQ community and to celebrate inclusivity, diversity and equality for all, SMIRNOFF is also supporting seven HRC Galas across the United States with SMIRNOFF “Love Wins” pop-up bars. Each bar features the SMIRNOFF “Love Wins” bottles and custom cocktails so all can raise a glass to celebrate the accomplishments of the HRC. With supporters like SMIRNOFF, the HRC can push for change through legislation, advocacy and education.

New York Pride March
To celebrate PRIDE loud and proud, SMIRNOFF is excited to have a large presence in this Sunday’s New York City Pride March with Jonathan Van Ness! The brand has proudly participated in the parade since 2013, but is prepared to make this the biggest year yet with an over-the-top float, that is bold and inspiring, just like the LGBTQ community, in celebration of love in all its forms and “Pride in Every Flavor.” In addition to Jonathan as our host, the brand will also host 200 marchers, electrifying special guests will be performing along the parade route to get the crowd excited and engaged. SMIRNOFF’s Pride March celebration is meant to showcase that Pride comes in all different flavors, shapes and colors. In addition to New York City, SMIRNOFF is excited to bring its celebration of “Pride in Every Flavor” to Pride Marches in San Francisco, Atlanta, San Diego and more.

Combine SMIRNOFF “Love Wins” with simple syrup and lemon juice. Top with club soda, then garnish with a strawberry in a copper mug.

About SMIRNOFF
The SMIRNOFF brand that boasts the world’s number-one selling premium spirit and the top-selling flavored vodka in North America, traces its heritage back to 19th century Russia. As the most awarded vodka brand in the world in the last 10 years, SMIRNOFF has always been known for quality and is enjoyed responsibly in 130 countries around the world. For more information, log on to www.smirnoff.com.

About DIAGEO
DIAGEO is a global leader in beverage alcohol with an outstanding collection of brands including Johnnie Walker, Crown Royal, Bulleit and Buchanan’s whiskies, SMIRNOFF, Cîroc and Ketel One vodkas, Captain Morgan, Baileys, Don Julio, Tanqueray and Guinness.

DIAGEO is listed on both the New York Stock Exchange (DEO) and the London Stock Exchange (DGE) and our products are sold in more than 180 countries around the world. For more information about DIAGEO, our people, our brands, and performance, visit us at www.diageo.com. Visit DIAGEO’s global responsible drinking resource, www.DRINKiQ.com, for information, initiatives, and ways to share best practice. 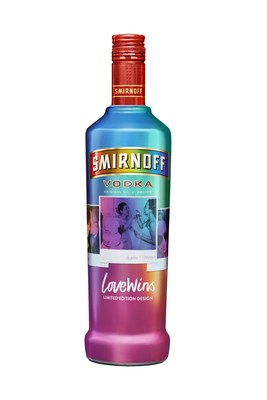 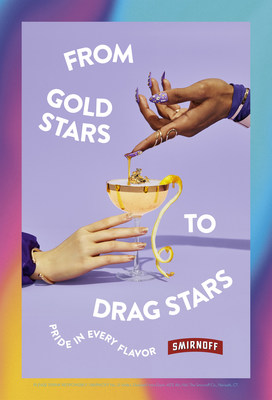 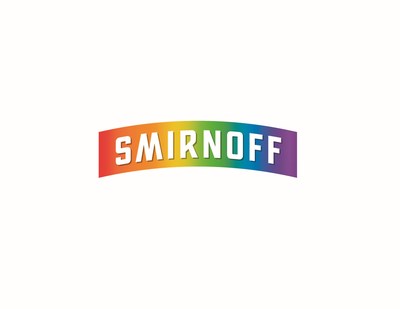 Georgia Power Named Utility Communicator of the Year by UCI