Hong Kong’s lead airline Cathay Pacific (OTCMKTS: CPCAF) is struggling with “unprecedented” staff shortages and may not be capable of handling a rise in demand, as the city rolls back restrictions and allows international travel. Nevertheless, the end of Hong Kong’s two-year quarantine has brought relief to Cathay, which at one point had slashed capacity to as low as 2% of pre-pandemic levels.

According to a local union, “a record number of resignations from the company’s most experienced pilots,” claiming that Cathay “has lost over 40% of its captains and first officers.” 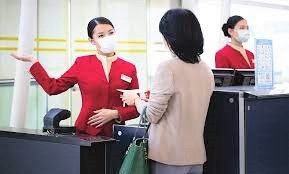 Over 1,000 people have signed up for the airline’s flight attendant recruiting efforts, about half of the 2,000 target it hopes to reach by the end of 2023. Cathay stated that it was content with the interest thus far, which began last month and continued Friday at a Kowloon hotel.

“Given the whole industry has been in lockdown mode for the last two-and-a-half years, receiving over 1,000 applications I think is actually very good,” Cathay spokesman Andy Wong said. “As industry sentiments change and travel sentiment changes, we’ll be able to attract more people.”

However, the company is treading lightly as pilots indicate continued workplace issues. A Cathay Pacific spokesperson told CNN that it has the necessary aviation professionals to execute its current operations.

“We remain focused on building connectivity between Hong Kong and the world as swiftly as we possibly can. However, it will still take time to rebuild our capacity as we build operational readiness and undertake a substantial amount of training and aircraft reactivation,” the spokesperson said.