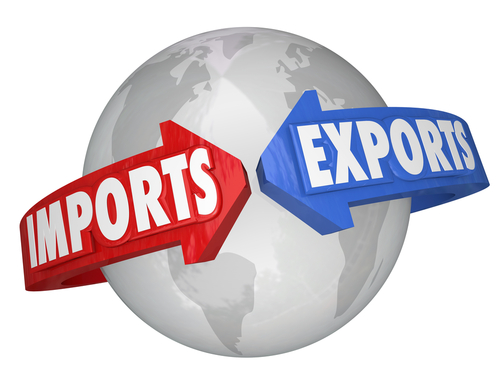 China recorded a record trade surplus of USD 34.13 Billion with the U.S. in September amid intense trade tensions between the world’s two largest economies.

Overall, China’s dollar-denominated September exports surged 14.5% from a year ago, beating a Reuters analyst poll forecasting 8.9% growth in the same period. In August, Chinese exports grew 9.8% from a year ago.

In September, imports into China grew 14.3% from a year ago, missing analysts’ predictions of 15% growth and slowing from growth of 19.9% for the month of August.

Despite escalating trade tensions with the U.S., Chinese data show the economy has largely held up so far. Economists say the phenomenon is mostly due to exporters benefiting from increased orders before the tariffs hit, but the figures are likely to show stress in the months ahead.

“With global growth likely to cool further in the coming quarters and U.S. tariffs set to become more punishing, the recent resilience of exports is unlikely to be sustained. Meanwhile, with policy easing unlikely to put a floor beneath domestic economic activity until the middle of next year, import growth is set to slow further,” said Julian Evans-Pritchard, senior China economist at Capital Economics, a consultancy.

Even though the U.S. and China don’t appear to be near a resolution in their trade discussions, the impact of U.S. tariffs on Chinese total industrial production will be limited, said Zhang Zhiwei, Deutsche Bank’s Chief Economist and Head of Equity Strategy for China.

If Trump imposes tariffs on an additional USD 267 Billion of Chinese imports into his country, the Asian powerhouse’s exposure to the U.S. market would only be 2% of its total industrial production.

China’s “focus now is to try to retain supply chains that support the rest of the world” that make up 25% of the country’s total industrial production, Zhang told CNBC, citing the example of Apple iPhones exported to Europe.