Coca-Cola (NYSE: KO) announced that along with its Topo Chico brand, it is venturing into hard seltzer drinks this year. The alcoholic beverage will be a boozy version of the well known Topo Chico mineral water.

The company aims to be a “total beverage company,” and plans to bring the product to several Latin American cities. Topo Chico Hard Seltzer will not launch in the United states until 2021. Coca-Cola has not introduced its home market with an alcoholic drink since its Wine Spectrum venture in 1983.

As consumers move away from sugary soft drinks, Chief Executive Officer James Quincey recognized that it had been lagging behind when it came to carbonated-water beverages. Hard seltzer has skyrocketed in popularity with brands such as White Claw and Truly becoming the norm for consumers. 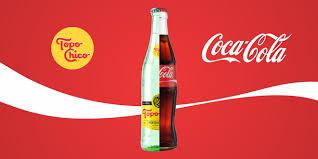 “Within the hugely successful and growing hard seltzer segment, new and ‘old’ brands alike can succeed even if their market share is relatively small or declining, because the total pool of sales of hard seltzer within US retail is growing at such a high rate,” Danelle Kosmal, VP of Beverage Alcohol at Nielsen, told CNN Business.

Kosmal continued: “As such, with new launch after new launch, manufacturers may lose market share but continue growing their sales,” she added.

Coke purchased Topo Chico back in 2017. The mineral water brand is well known amid Texans, but the soft drink giant has begun to expand it. CEO James Quincey spoke of Topo Chico as an up and coming star in Coke’s portfolio.

Study Tips for Finance Students Looking to Build a Career