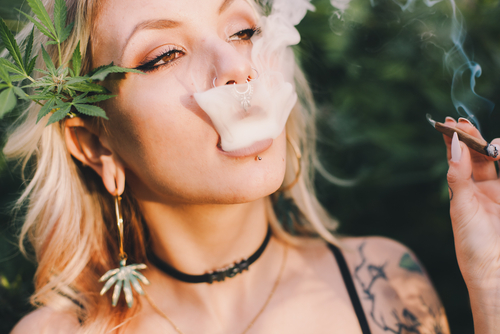 Cronos surges surged by over 20% intraday on Monday.

The sources said that Cronos has not agreed to any deal and there is no certain that it will happen. Altria did not respond to comments on the matter, but Cronos said in a statement that it “confirmed that it is engaged in discussions concerning a potential investment by Altria Group … in Cronos Group.”

“No agreement has been reached with respect to any such transaction and there can be no assurance such discussions will lead to an investment or other transaction involving the companies,” Cronos said..

The news come shortly after reports of Altria eyeing a minority stake in the e-cigarette company Juul, the sources told CNBC.

Cannabis has been swiftly moving throughout the U.S., especially after the November midterm elections, where Michigan, Missouri and Utah legalized cannabis. Many companies have been looking to invest into cannabis companies, especially beverage producers.

The tobacco industry has been under pressure recently after sales declined last year. Last year, cigarette smoking in the U.S. fell to its lowest point in recorded history, according to data compiled by the Centers for Disease Control and Prevention.

While cannabis is rapidly growing, e-cigarettes are also expanding heavily, causing tobacco companies to invest into these markets. E-cigarettes have become widely popular among teenagers, as statistics show that teens are more likely to use e-cigarettes than smoke cigarettes, according to the National Institute on Drug Abuse.

Accounting for both legal and illegal sales, the total demand for the cannabis industry is approximately worth USD 52.5 Billion, according to Marijuana Business Daily. Meanwhile, the e-cigarette market is projected to reach USD 6.6 Billion in the U.S. this year, according to Wells Fargo analyst Bonnie Herzog.

ICE Benchmark Administration Launches Survey on the use of LIBOR