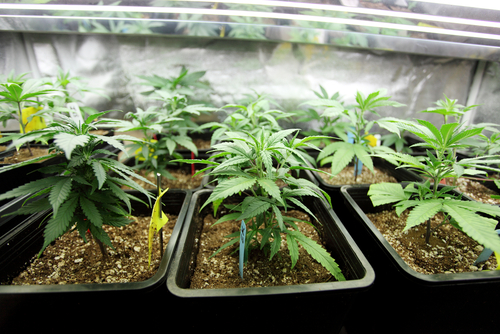 “Let’s legalize the adult use of recreational marijuana once and for all,” Cuomo said during a speech in New York City to various constituency advocates outlining his agenda for the first 100 days of his new term.

The governor also vocalized the need to mitigate racial disparities in the criminal justice system. “We have had two criminal justice systems: one for the wealthy and the well-off and one for everyone else. And that’s going to end,” he said, noting that African American and other minority communities have historically been unfairly targeted. “We must also end the needless and unjust criminal convictions and the debilitating criminal stigma.”

Cuomo’s message was his strongest public endorsement of recreational marijuana to date. It marks a substantial shift from his prior opposition, as recently as last year when he called it a gateway drug. The change in policy stance also follows a bitter battle for the Democratic gubernatorial primary against Cynthia Nixon, who supports legalization.

Ten states, including New York’s neighbor Massachusetts, and the District of Columbia have legalized adult use of recreational marijuana. New Jersey, another neighboring state, is also considering legalization.

In January, Cuomo directed the New York State Department of Health to analyze the risks and benefits of recreational marijuana – including the impacts on health, criminal justice, and the economy that legalization would have on the state.

The study, which wrapped up in June, determined that “the positive effects of a regulated marijuana market in New York state outweigh the potential negative impacts.” Regulation, it concluded, would enable the state to “better control licensing, ensure quality control and consumer protection, and set age and quantity restrictions.”

Cuomo said Monday, “Let this agenda be New York’s Declaration of Independence. We declare independence from this federal government’s policies. We disconnect from the nationalism and the racism and the chaos and the xenophobia and the misogyny and the discrimination and the dissembling of this Washington administration.”

With an incoming Democratic state Senate and Assembly, he said, the road is paved for legislative change: “Now is the time to stand up and lead and do what you’ve said you were going to do all those years and make a democratic vision a reality.”