Delta Air Lines Inc. released a strong second quarter earnings report this morning, and the market has responded positively by pushing its stock up 1.25%. Delta (NYSE: DAL), the second largest airline in the world, exceeded revenue and EPS expectations. For revenue, the company drew in a record $12.5 billion USD, up 8.7% year-on-year, which amounted to $1.5 billion in income. Delta also returned $497 million to shareholders in Q2, consisting of $268 million in stock buybacks and another $229 million in dividends.

Due to this strong performance, Delta has raised full-year earnings guidance from 6.75 to 7.25, and intends to return another $518 million to investors during Q3. Delta’s adjusted EPS were $2.35 in the second quarter, exceeding expectations, and the company projects EPS between 2.10 and 2.40 by September. A minor point: Delta Cargo was the only problem area. Although it contributes about 3% to total revenue, it’s down 17%, primarily because of lower volumes. 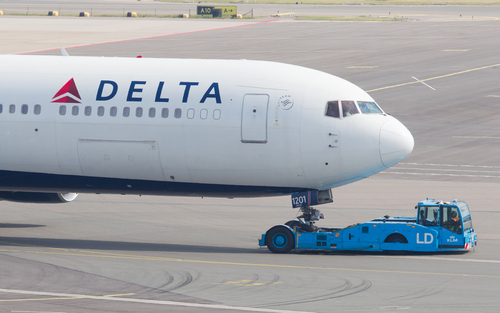 Looking at the air sector as a whole, Delta ranks as the second-largest airline worldwide by customers and revenue, after American Airlines (Nasdaq: AAL), but above Lufthansa (Frankfurt Stock Exchange, FRA:LHA) and United Airlines (Nasdaq: UAL) — they changed their name from United Continental just June 27th. Delta’s market capitalization is $38.9 billion USD, as compared to $14.7 billion for American, $14.1 billion USD for Lufthansa, and $23.5 billion to United.

In growth terms, Delta is smashing the competition, with 20.7% YTD stock growth. American Airlines, by contrast, is up a paltry 2.6% YTD. Lufthansa, consistent with the slowing European economy, is actually down by 24% this year. United is up 6.9% YTD.

Delta’s strong Q2 results this morning therefore exhibit the company’s superior growth strategy versus the competition, and should drive further increases in its stock price today and in the near future.