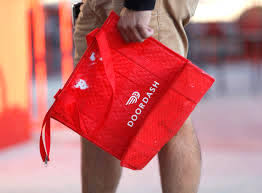 DoorDash officially filed its IPO prospectus with the Securities and Exchange commission Friday. The food delivery app will be listed on the New York Stock Exchange under the symbol DASH.

The company reported that within the last nine months of 2020, revenue amounted to USD1.9 Billion. In 2019 for the same time period, the company had brought in only USD587 Million. Doordash revealed a net loss of USD149 Million, an improvement from 2019’s USD533 Million net loss for the same period.

“The pandemic has demonstrated how vital we are to the communities in which we operate,” DoorDash said in the paperwork. “With the pandemic, our platform has become a lifeline for merchants whose only revenue options are take-out and delivery, for consumers sheltering in place, particularly vulnerable populations whose health depends on isolating, and for many of the millions of newly unemployed in need of earnings opportunities.”

Having launched in 2013 by a few Stanford students, the app was developed to aid local businesses deliver their products. Ultimately, DoorDash has grown to raise USD2.5 Billion and was just valued at USD16 Billion.

Doordash is set to become the most recent gig economy company to go public. Nevertheless, some have questions about the company’s structure and employee rights. Despite an addition to California’s labor law to enforce employee benefits for workers, voters choose to allow it and other gig companies to keep workers as contractors.

According to the company it was striving to “cost-effectively attract and retain Dashers.”

“If we do not continue to provide Dashers with flexibility on our platform, compelling opportunities to earn income, and other incentive programs that are comparable or superior to those of our competitors, we may fail to attract new Dashers or retain existing Dashers or increase their use of our platform,” the filing says.