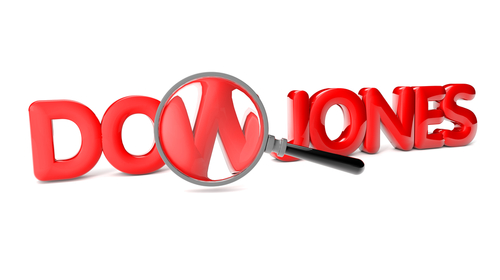 The Dow Jones Industrial Average plunged by 306.06 points or 1.22% shortly after the opening bell on Friday after U.S. President Donald Trump announced that he will impose tariffs on Mexican imports. The S&P 500 fell by 33.9 points or 1.22%, while the Nasdaq Composite declined by 104.38 points or 1.38%.

“On June 10th, the United States will impose a 5% Tariff on all goods coming into our Country from Mexico, until such time as illegal migrants coming through Mexico, and into our Country, STOP. The Tariff will gradually increase until the Illegal Immigration problem is remedied, at which time the Tariffs will be removed. Details from the White House to follow.” tweeted Trump.

The White House noted that tariffs would increase if immigration matters continued. The U.S. is expecting Mexico to take “dramatic action” to mitigate or eradicate the problem.

Mexico’s President Andrés Manual López Obrador said in a letter to Trump that Mexico is actively trying to resolve migration issues as much as possible without trying to violate human rights.

Trump’s decision to impose tariffs on Mexico comes amid its trade war tensions with China. Throughout the past month, U.S. relations with China have worsened as tensions continue to elevate.

Earlier in the month, Trump decided to raise the 10% tariffs on certain goods to 25%. Shortly after, China retaliated and hiked its tariffs up to 25% on products that are currently taxed between 5% to 10%.

Last week, the U.S. put Chinese tech giant Huawei on a blacklist which prohibited U.S.-based companies from doing business with Huawei. Major corporations such as Google (NASDAQ: GOOGL) cut off its business ties with the Company.

In retaliation to all the tensions, China decided to leverage its global supply of rare earth metals. Chinese officials warned the U.S. that it may restrict the U.S.’ accesses to the supply. If China does ultimately cut off the U.S.’ supply, it would harm many industries such as the automotive and consumer product markets.

“Trump is going all out here. The move to start a trade war on another front has shaken sentiment in an already fragile market,” said Jasper Lawler, Head of Research at London Capital Group, in a note to clients.

President Andrés Manual López Obrador said that he is not seeking confrontation and that social problems cannot be saved by taxes or coercive measures. He is planning on sending his foreign minister to Washington on Friday to discuss the matter further.