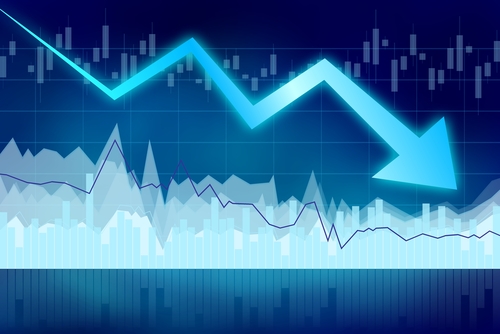 U.S. markets tumbled lower on Thursday early morning following the arrest of China’s Huawei Chief Financial Officer Meng Wanzhou in Vancouver. Meng was arrested at the request of the U.S. government for alleged violations of the Iranian sanctions, worrying investors about ongoing tensions between the U.S. and China, according to MarketWatch.

The Dow Jones declined on Tuesday by almost 800 points, after a short 400 point rally on Monday. The Dow Jones has now fallen by 1400 points this week alone.

A Canadian spokesman for the justice department said that the Meng was arrested on December 1st and seeking extradition by the U.S. A hearing is scheduled for Friday, according to the spokesman.

According to sources familiar with the matter, the U.S. is looking to have Meng appear in federal court in the Eastern District of New York. Huawei said in a Twitter post that the charges are unspecified, but said it will comply with the regulations of the U.S., U.N., and the EU.

Chinese authorities were outraged with the arrest of Meng, with the spokesperson of the Chinese Embassy in Canada demanding the release of Meng.

“At the request of the U.S. side, the Canadian side arrested a Chinese citizen not violating any American or Canadian law,” said a statement on its website. Huawei said it was unaware of any wrongdoing done by Meng.

The U.S. views Huawei as a national security threat and has been battling for the past year to put restrictions on the Chinese tech giant. The U.S. has taken steps to limit Huawei and has also tried to persuade international allies to do the same.

Meng’s arrest comes shortly after U.S. President Donald Trump and Chinese President Xi Jinping met last weekend at the G-20 Summit to discuss trade tensions. Trump and Xi agreed to hold off tariffs for the next 90 days. Although, if a deal isn’t met, tariffs can increase on Chinese imports to 25% from the current 10%.

Despite the somewhat settling news over the weekend at the Summit, Meng’s arrest now raises more concerns over the ongoing trade wars. Investors are fearful that the U.S. and China may not reach a deal.

“The timing of the arrest is key here. Markets are already incredibly nervous over slowing economic growth thanks to the inverted U.S. yield curve. Relations between the U.S. and China were supposed to be on the mend after a productive G-20. However, the arrest has the potential to shatter very fragile U.S.-Sino relations which will weigh further on global trade and growth concerns,” said Jasper Lawler, Head of Research at London Capital Group, in a note to clients.