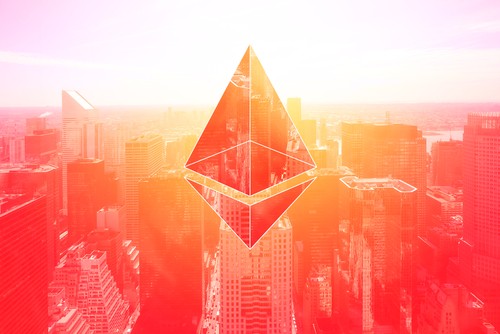 While the stock market has pulled back over this past week, Ethereum (CRYPTO: ETH) currently sits at an all time high of over USD 3,400 per Ether. What initially sparked the rally behind Ethereum was when, earlier this week, the European Investment Bank announced that it had issued its first digital bond sale on Ethereum’s blockchain network. Though Bitcoin has developed the biggest reputation within the crypto community, Ethereum has earned a second look from investors.

Bitcoin’s origins remain rather unknown with its creator going by a Japanese alias of Satoshi Nakamoto, which has worried some investors. Ethereum’s creator on the other hand, 27 year-old Vitalik Buterin, is rather well known in the crypto community. For this reason, many investors believe that Ethereum is a safer investment than Bitcoin. Recently, it’s been reported that with the current price of Ethereum, Buterin’s net worth now sits at over USD 1 Billion. As Ethereum has risen in popularity, companies such as Visa and Mastercard have announced plans this year to allow customers to use Ethereum transactionally. Additionally, NFTs (Non-fungible tokens) are bought and sold on Ethereum’s blockchain network.

One year ago, Ethereum was worth around USD 200, meaning it is currently up roughly 1700% year-over-year. Nigel Green, CEO of deVere group, has stated that he believes Ethereum may hit USD 5000 in the near future. “The boom over recent months has been fueled by soaring interest from major institutional investors and growing recognition that borderless digital currencies are the future of money. This momentum is likely to build further in the near-term and I believe Ether will hit USD 5,000 within seven days… Ethereum is already years ahead of Bitcoin in everything but price and fame. There’s a real sense that 2021 is the year for Ether. Its time has come,” Green stated.