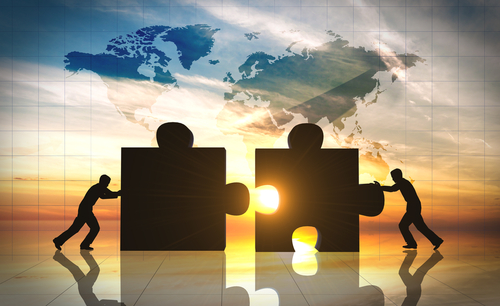 Pai said he plans to recommend the Commission to approve of the USD 26.5 Billion merger of two of the largest wireless carriers in the U.S. Pai is pushing for the merger between the two because it would accelerate the deployment of 5G technology.

“Two of the FCC’s top priorities are closing the digital divide in rural America and advancing United States leadership in 5G, the next generation of wireless connectivity.  The commitments made today by T-Mobile and Sprint would substantially advance each of these critical objectives.” said Pai in a release.

“For example, the companies have committed to deploying a 5G network that would cover 97% of our nation’s population within three years of the closing of the merger and 99% of Americans within six years. This 5G network would also reach deep into rural areas, with 85% of rural Americans covered within three years and 90% covered within six years. Additionally, T-Mobile and Sprint have guaranteed that 90% of Americans would have access to mobile broadband service at speeds of at least 100 Mbps and 99% would have access to speeds of at least 50 Mbps.” continued Pai.

Pai also notes that if the two companies do not comply or meet their FCC commitments, the two would suffer “serious consequences.” Such consequences could result in billions of dollars payments to the U.S. Treasury.

Both the FCC and the Justice Department must approve the deal in order for it to close. The two companies are pitching arguments that the combination will lead to better “5G” service. They have also promised to create more U.S. jobs and also mentioned that the combined company will also compete with companies like Verizon (NYSE: VZ) and AT&T (NYSE: T).

If the merger between T-Mobile and Sprint is successful, this would reduce the number of major wireless carriers in the U.S. from four to three. The merger would have T-Mobile directly compete with Verizon and AT&T.

While the FCC and the two companies argue that the merger would benefit the U.S. in numerous ways, the Obama Administration has counter argued that it would ultimately hurt consumers and the competition.

“In light of the significant commitments made by T-Mobile and Sprint as well as the facts in the record to date, I believe that this transaction is in the public interest and intend to recommend to my colleagues that the FCC approve it. This is a unique opportunity to speed up the deployment of 5G throughout the United States and bring much faster mobile broadband to rural Americans. We should seize this opportunity.” concluded Pai.

The FCC has now opened a proceeding to consider the T-Mobile Sprint merger transaction on June 15th, 2018. In the coming weeks, Pai will present his colleagues with a draft order.