Ford Motor (NYSE: F) announced it will be launching an advanced driver-assist system called “Active Drive Assist,” similar to Tesla’s Autopilot and General Motors’ Super Cruise. The new feature is extremely valuable as the company presents new and remodeled vehicles like the all electric Mustang Mach-E-crossover.

The self driving integrant will belong to the company’s “Co-Pilot 60” safety and convenience technologies. According to Ford, the new system will be available to order in the Mach-E this year, with other “select” vehicles set to follow in 2021. However, the technology will not be accessible until the third quarter of 2021 on the Mach-E.

Cadillac’s Super Cruise, which debuted in 2017, is set to update it’s automated system to be able to change lanes by just moving the turn signal. Although Tesla’s “Full Self-Driving” technology is adapted to handle more on road situations than its competitors, it does not include facial recognition and obligates the driver to touch the steering wheel while operating the vehicle. 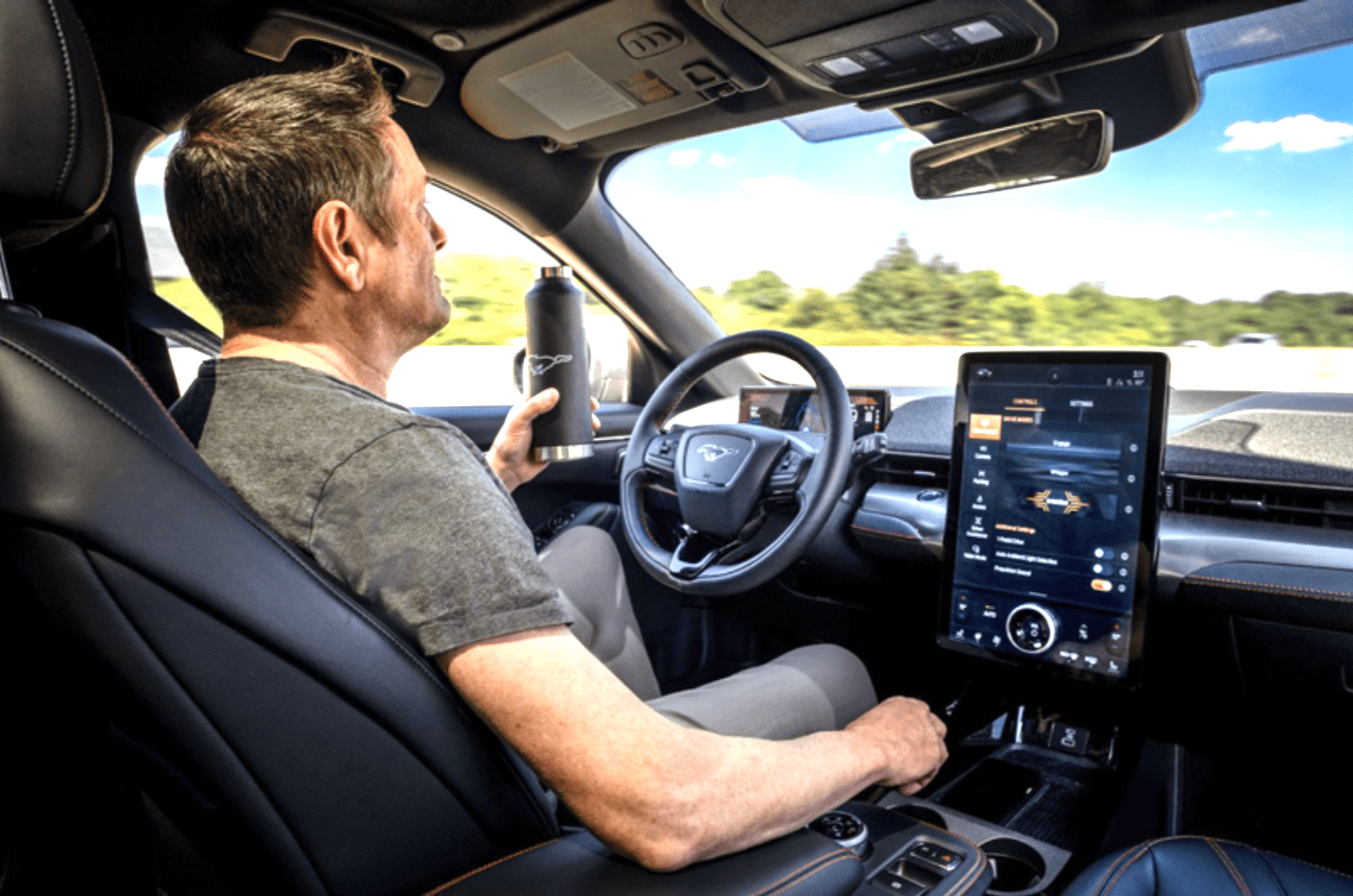 When asked, Ford declined to make a comment regarding which vehicles will have the Active Drive Assist as well as the release dates. It is said that the automaker’s F-150 is a likely choice as the company will be releasing a redesigned model of the pickup, containing new electrical engineering, in a week’s time.

Similar to GM, Ford’s system will function exclusively on pre-mapped roads. Using an infrared driver-facing camera it will be able to monitor the driver’s vigilance.

Nevertheless, Active Driver Assist will be far superior to GM’S Super Cruise in terms of driver interaction according to the company. Additionally, Ford’s automated system will communicate through a digital screen in comparison to a light bar on the steering wheel.