General Motors (NYSE: GM) revealed it has partnered with Navistar International and will supply it with fuel-cell electric vehicle technology. Navistar will use GM’s “Hydrotec fuel cell power cubes” for the production of its new zero-emissions semi-trucks.

Both companies view the arrangement as a “complete solution” for those buying from Navistar. The collaboration involves hydrogen-fuel company OneH2, which will be in charge of hydrogen production, storage, delivery and safety to fuel the truck. Navistar revealed it will have a minority stake in OneH2 as part of the deal. Details on the matter have not yet been disclosed. 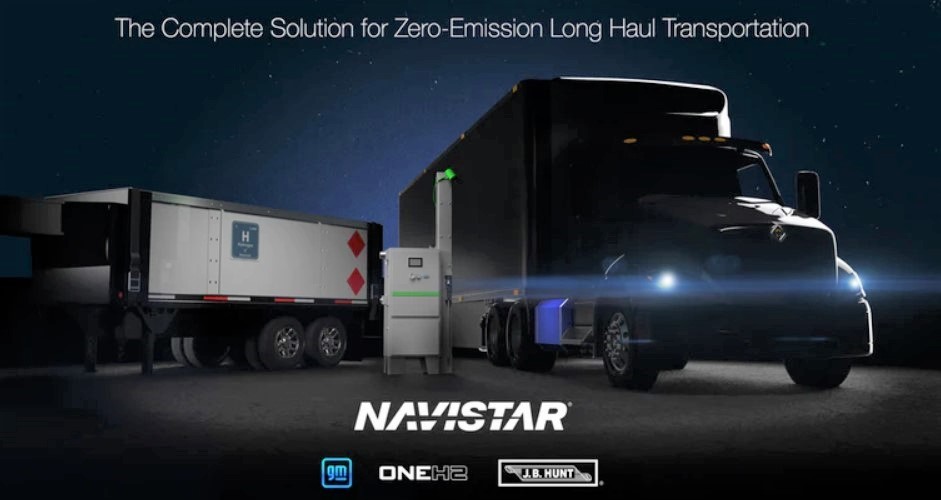 “All parties will play a strong role in developing the consistent solution,” Navistar CEO Persio Lisboa said during a media call. “I think that this is the beginning of something, and we believe that many other customers will be able to join as we move along with the technology and the solution.”

According to Navistar, two cubes, containing 300-plus hydrogen fuel cells, will power each truck. The long-haul vehicles are expected to be available by 2024.

“We are excited to provide customers with added flexibility through a new hydrogen truck ecosystem that combines our vehicles with the hydrogen fuel cell technology of General Motors and the modular, mobile and scalable hydrogen production and fueling capabilities of OneH2,” said Persio Lisboa, Navistar’s president and chief executive.

J.B. Hunt Transport is already lined up to be the first customer to test the semi trucks and hydrogen fueling system by the end of 2022, as reported by the companies.

Brown-Forman Announces Change in Board of Directors Chair