General Motors (NYSE: GM) reported better-than-expected third-quarter earnings on Wednesday and told investors that the company’s full-year results would come out on the “high end” of its prior outlook. Nevertheless, amid the ongoing semiconductor chip shortage and supply chain disruptions, GM’s sales and earnings have been impacted.

The multinational automaker reported earnings of USD1.52 per share, compared to the expected USD0.96 a share. Revenue fell 25% to USD26.78 Billion, slightly higher than analysts anticipated USD26.51 Billion. GM shares fell 5% during mid-morning trading, in spite of the positive results. 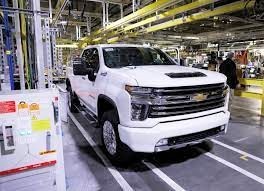 “The quarter was challenging due to continuing semiconductor pressures. But it also includes very strong results,” said CEO Mary Barra in a letter to investors. “We now believe GM’s full-year results will approach the high end of our guidance.”

However, the company received a USD1.9 Billion settlement with LG to fund costs for the pricey recall of its Chevrolet Bolt vehicles, caused by the battery maker. Because GM had initially assumed the costs for a part of the recall, the settlement resulted in a USD700 Million gain within the period.

If GM manages to achieve high-end results within its fourth-quarter earnings, it would total USD2 Billion before interest and taxes, compared to Wall Street’s anticipated USD2.6 Billion, according to Credit Suisse analyst Dan Levy. “While the print did not provide the beat or guidance raise some hoped for, and thus could drive a more muted reaction in the stock, we nevertheless see reason to be positive on GM.”