The multinational investment bank and financial services company reported earnings of USD10.76 per share, compared to the expected USD8.89 a share. Meanwhile, revenue amounted to USD12.93 Billion, higher than analysts anticipated USD11.83 Billion. According to the company, profit fell 42% to USD3.94 Billion, compared to the previous year amid lower investment banking fees. 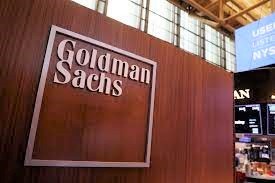 “It was a turbulent quarter dominated by the devastating invasion of Ukraine,” CEO David Solomon said in the release. “The rapidly evolving market environment had a significant effect on client activity as risk intermediation came to the fore and equity issuance came to a near standstill. Despite the environment, our results in the quarter show we continued to effectively support our clients.”

The U.S. Federal Reserve has begun to pull back pandemic-era support causing dealmaking to slow within the quarter and ultimately affect several of Goldman’s most profitable businesses. Ultimately, the bank opted to cut operating expenses by 18% throughout the quarter amid reduced spending on compensation and benefits.

Goldman shares have tumbled 15.8% this year and have a current market cap of USD108 Billion.