Heineken to Leave Russia and Take an Over $400 Million Hit

Heineken (OTCMKTS: HEINY), revealed Monday that it will be leaving Russia following the country’s invasion of Ukraine. The company intends to sell off its Russian business following a strategic review which concluded that it was no longer an asset.

“We have concluded that Heineken’s ownership of the business in Russia is no longer sustainable nor viable in the current environment. As a result, we have decided to leave Russia,” the company said in a statement. 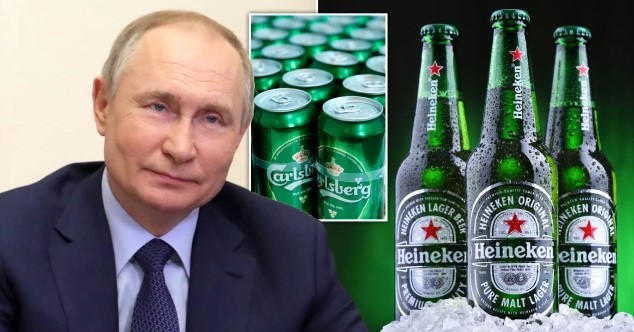 The multinational brewing company had previously suspended new investments and exports to Russia and had halted the sale, production, and advertising of its brand beer in the country. Nevertheless, Heineken will continue limited operations in Russia as a means of maintaining peace with the country’s president.

“We aim for an orderly transfer of our business to a new owner in full compliance with international and local laws,” Heineken said in a statement. “To ensure the ongoing safety and wellbeing of our employees and to minimize the risk of nationalization, we concluded that it is essential that we continue with the recently reduced operations during this transition period.”

Heineken stated that it will continue to pay salaries to its 1,800 employees within the Country until the end of 2022 and “will do our utmost to safeguard their future employment.”

Furthermore, the brewery is prepared to take the USD439 Million hit from the action.