Hertz (NASDAQ: HTZ) announced its partnership with BP to build a network of electric vehicle charging stations within the United States. The news comes just a week after the automaker revealed plans to acquire up to 175,000 electric vehicles throughout the next five years from General Motors.

The memorandum of understanding between the two companies aligns Hertz with BP’s goal of operating over 100,000 chargers by 2030, 90% of which are set to be fast charging. Additionally, Hertz strives to electrify 25% of its rental car fleet by the end of 2024. 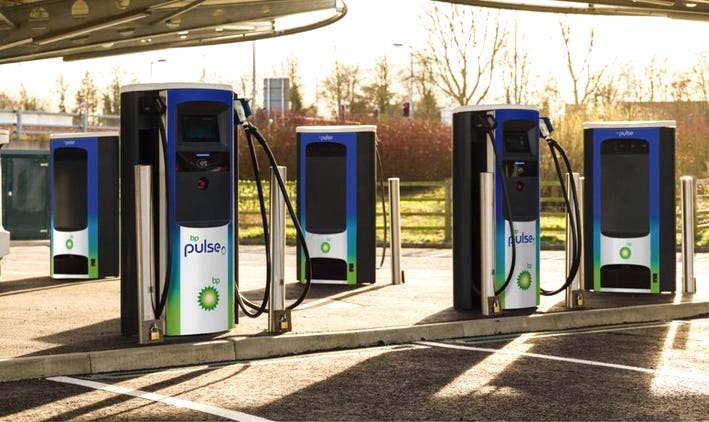 “We want to be part of the solution to building out a nationwide infrastructure,” Jeff Nieman, senior vice president of operations initiatives at Hertz, said in an interview. “We’re looking at locations that will have the biggest fleets.”

According to Vic Shao, who runs BP Pulse’s fleet business, the new agreement will include software to help Hertz manage the difficult task of maintaining its EV fleet charged and ready to rent.

“When you have gasoline or diesel, you have a scenario where the pricing for the fuel is up or down by maybe, you know, 25%, a given year or something like that,” Shao told CNBC. But in some markets, like California, “prices can be up and down by 400% a day for electricity.”

“So when you’re operating a large-scale fleet, unless you have a fix on the cost of your ‘fuel,’ electricity in this case, it’s very difficult to scale up. You need to get a handle on the operational expense,” he said.