J.C Penney (NYSE: JCP), which filed for bankruptcy just a few weeks ago, announced Wednesday that liquidation sales will commence at 136 of its U.S stores. The retail giant made it clear that “all merchandise is on sale”

“Including deeper discounts of 40% on all fine jewelry and window treatments. New seasonal essentials, such as swimwear and sunglasses, are also discounted at 25-30% off” said a press release about the sale.

The American department store stated in June that it would close 154 locations as a consequence of the global Pandemic. However, there seem to be only 136 stores on the liquidation list. The company later revealed in a post that a “handful of previously announced store closing locations remain on hold pending further review.” Ultimately, the retailer plans to close a total of 240 stores. 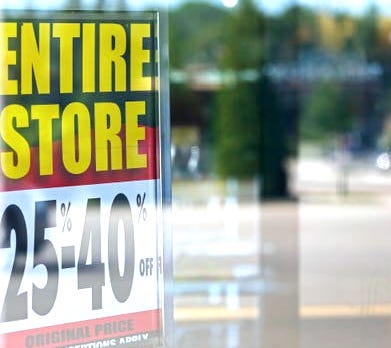 Sales are set to be final with no returns accepted.

“Due to the name recognition and goodwill of this brand, we encourage consumers to shop early to take advantage of the best selection of products as we expect merchandise to sell very quickly,” a spokesperson for the disposition group said. “JCPenney store associates remain committed to providing customers with an engaging shopping experience, while offering even better deals on the most popular merchandise.”

The chain has been able to open 500 of its 840 stores as states ease lockdown restrictions and allow businesses to commence operations. With approximately 90,000 employees as of February, it is unclear how many workers will be impacted by the permanent closures.