Kellogg’s (NYSE: K), an American multinational food manufacturing company, has reached a tentative agreement with the Bakery, Confectionery, Tobacco Workers, and Grain Millers International Union. Company workers across the country have been on strike for almost two months following a lull in contract negotiations.

“We are pleased to announce that Kellogg Company and the union have reached a tentative agreement for a new five-year labor contract covering 1,400 employees at our US cereal plants in Battle Creek, Mich., Lancaster, Penn., Memphis, Tenn. and Omaha, Neb.,” said Kris Bahner, a Kellogg Company spokesperson. 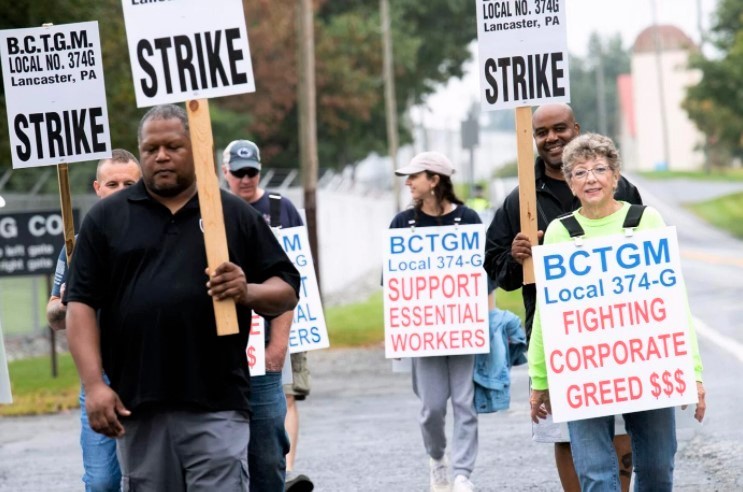 The five-year agreement is set to move lower-tier employees, who have been with the company for a minimum of four years, to an upper-tier level upon ratification. Furthermore, the deal will ensure 3% raises while preserving current worker health benefits for many senior workers. According to an overview by The Kellogg Company, costs of living modifications would be made within the second year of the contract.

“We were striking for the company to move away from alternative work schedules. We were striking for a clear pathway for new people to be allowed to transition to making the same amount of money and benefits so we achieved that so quite naturally we consider that a win.” According to worker Kevin Bradshaw.

However, the possible agreement does not guarantee that workers will accept the offer and return to work. Amid ongoing labor shortages and prior negative concession contracts, union members have been uniting to vote against deals made by management and union leaders.

“I want to thank and commend all of the members of the bargaining committee for their many, many hours of extremely hard work to reach this tentative agreement,” said Anthony Shelton, the union’s international president. “As always in our union, the members will have the final say on the contract.”