Luminar Technologies (NASDAQ: LAZR) went public Thursday, making 25-year-old founder and CEO Austin Russell one of the world’s youngest billionaires. The startup that helps cars become autonomous was co-founded by Russell when he was only 17 years old. He noted that the move was  “absolutely incredible” and “totally surreal.”

The company went public through a special purpose acquisition company (SPAC). Its share price skyrocketed almost 28% and closed at USD22.98, valuing the company at USD7.8 Billion, according to the Wall Street Journal. 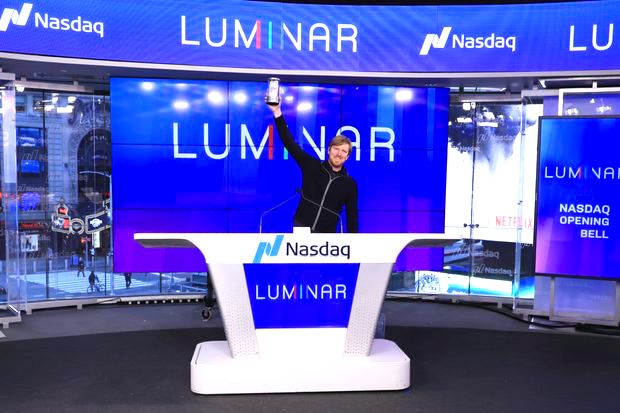 The Florida-based business makes lidar scanners, which use lasers, to provide autonomous vehicles a three-dimensional view of the road and its surrounding area.

Russell said that going public was always in the plans, “It is totally surreal and it totally makes sense and it is hard to explain the dichotomy of it, but this has always been the goal,” he said. “We set up the company to be a long-term sustainable business and power the future of autonomy for all of these automakers. We are in it for the long-term,” Russell told CNBC’s “Squawk Box.”

Russell admitted to having been into science from a very young age.

“I guess, I did memorize the periodic table — I think I was around 2 or so,” Russell told CNBC Make It in a 2018 interview. “I was just obsessed with learning certain things … just independently learning and understanding a lot of new types of scientific fields, among other things.”

Luminar now works with big name automakers such as Volvo and has a forward looking list of auto businesses worth USD1.3 Billion. Russell said the company anticipates overall market opportunity to be about “half a trillion.”