Macy’s (NYSE: M) revealed that it will be closing down 45 additional department stores by the middle of 2021. The closures come as no surprise as the company had previously announced a plan to shut down 125 locations by 2023.

“As previously announced, Macy’s is committed to rightsizing our store fleet by concentrating our existing retail locations in desirable and well-trafficked A and B malls,” a spokeswoman told CNBC in a statement.

“To that end, we announced several store closures today that align to the guidance we provided in February 2020,” she said. “These closures bring us closer to achieving the right mix of mall-based stores.” 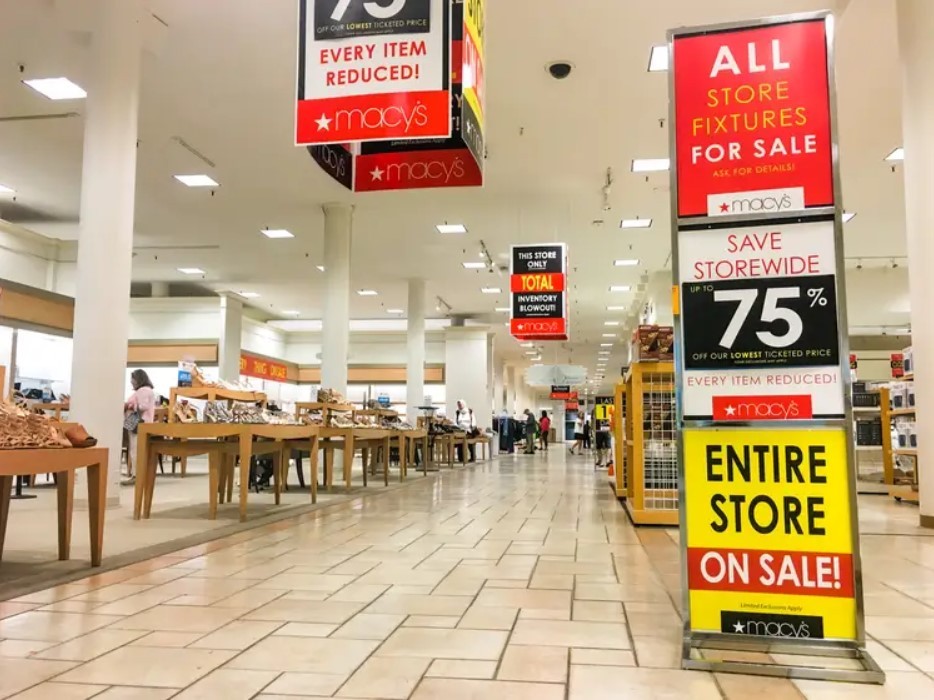 “We’re not done yet,” Terry Lundgren, Macy’s former long-time CEO, told CNBC in mid-December. “We’re going to learn even more when we get through the holiday season. Retailers who have a weak balance sheet today aren’t going to get relief in January. It’s going to get tougher. When the volume of purchases drops dramatically after Christmas, the expenses remain.”

Companies that survive are expected to prosper following the awaited vaccinations.

“They’re actually going to have an opportunity to grow again. That’s the upside, the green shoots, from that perspective of store closures,” Lundgren added, predicting it’s “probably not too much more than six months from now.”

Liquidation sales have already commenced at select locations with more coming by the end of the month.