Stocks are traded at record highs Wednesday morning after affirmation of the market expectation that a Fed rate cut is coming. Federal Reserve Chair Jerome Powell strengthened the case for easier monetary policy, and the market responded. 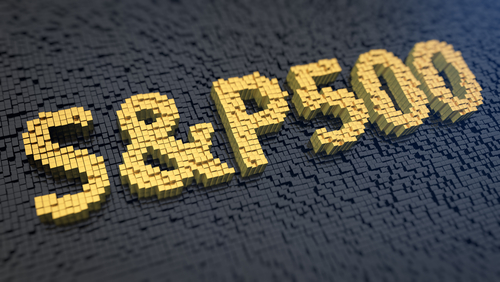 The S&P 500 gained 0.6% to cross above 3000 for the first time in history, led by the energy and tech sectors.  The Nasdaq Composite reached an all-time high, gaining 1% quickly on Wednesday morning. Lastly, the Dow Jones Industrial Average gained 195 points, driven by Chevron and American Express.

The Fed acknowledged the potential for rate cuts in the near future at the monetary policy meeting in June.

However, despite the good news on the rate cut front, not all that Powell unveiled on Wednesday was as positive.

Powell noted that business investments across the country have slowed “notably” recently as Americans remain wary of the economic status of the country. Many Americans are optimistic regarding the short run economy, but many are pessimistic when it comes to the long run economy.

“Inflation has been running below the Federal Open Market Committee’s (FOMC) symmetric 2 percent objective, and crosscurrents, such as trade tensions and concerns about global growth, have been weighing on economic activity and the outlook,” Powell said in his testimony. Powell ensured the House Financial Services Committee that the central bank will “act as appropriate” to maintain economic expansion.

Powell in his testimony “fully endorsed the July rate cut and did absolutely nothing to pull the markets back from that expectation,” said Peter Boockvar, Chief Investment Officer at Bleakley Advisory Group. “There was little in the statement to imply what this means past the July meeting, but we can infer that any further softening in the data past July will likely mean more action from the Fed at subsequent meetings.” Powell’s endorsement of the July rate cut is the catalyst for markets reaching all-time highs on Wednesday.