Maxar Technologies (NYSE: MAXR), a space technology company, announced that there would be another delay to the launch of its next-generation imagery satellites. The company’s shares plummeted 20% before rising 10% on the day.

“We have decided to delay the launch from the fourth quarter of 2021 into next year,” Maxar CEO Dan Jablonsky said during the company’s earnings call Wednesday. 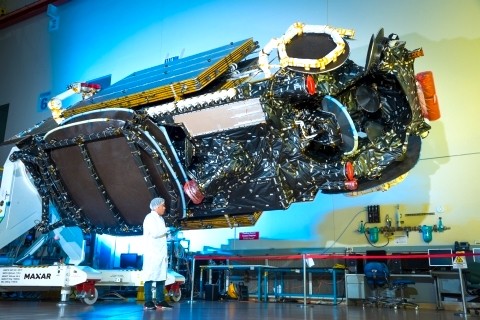 Maxar runs four high-resolution imaging satellites – WorldView 1, 2 and 3 as well as GeoEye-1 – and has been working on its new WorldView Legion constellation, which was scheduled to launch in 2021 but has since been pushed back to 2022. WorldView Legion has six imagery satellites and is an important factor for the company to continue to win profitable contracts from U.S. defense and intelligence agencies.

“It is now more likely that the Legion constellation will not be fully operational with significant capacity utilization until 2023,” Canaccord Genuity analyst Austin Moeller wrote in a note to investors. The firm has a USD40 price target on the stock, a decrease from its previous target of USD50.

“There are two key drivers since the last update. First, while Honeywell has delivered the Reaction Wheel Sets for the first two satellites, the hardware from Raytheon is coming to us later than anticipated,” Jablonsky explained. “The Raytheon teams have been working hard and the second instrument should arrive in September, followed by the other four this fall. However, we had expected both of the first two instruments to reach us in July, and this has had a negative impact on schedule.”