McDonald’s (NYSE: MCD) announced that it would be selling its business in Russia, just two months after it halted operations within the country amid the Ukraine war. The company, which owns approximately 84% of the 850 restaurants in Russia, will receive a related non-cash charge of up to USD1.4 Billion after the sale.

“The humanitarian crisis caused by the war in Ukraine, and the precipitating unpredictable operating environment, have led McDonald’s to conclude that continued ownership of the business in Russia is no longer tenable, nor is it consistent with McDonald’s values,” the company said in a news release. 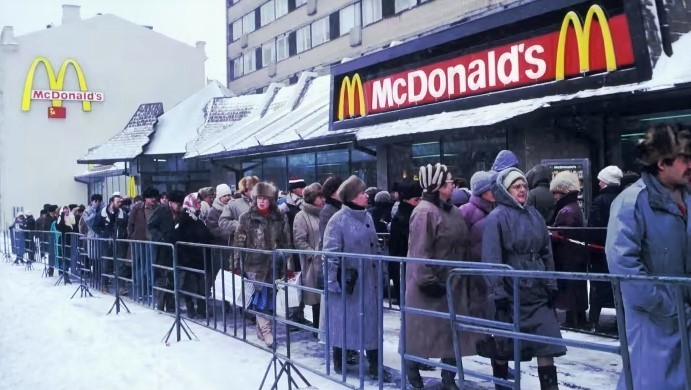 The fast-food chain once represented the ease of tensions following the Cold War. The gesture allowed fellow Russians to taste Western food, though the price of a burger was usually more than many citizens could afford back then.

“Some might argue that providing access to food and continuing to employ tens of thousands of ordinary citizens is surely the right thing to do,” Chief Executive Chris Kempczinski said in a letter to employees. “But it is impossible to ignore the humanitarian crisis caused by the war in Ukraine.”

The company is set to commence the “de-archiving” of its Russian restaurants, meaning it would remove its name, logos, menus, and branding from the locations. Mcdonald’s is seeking out a local buyer.