Moderna (NASDAQ: MRNA) has developed an experimental personalized melanoma vaccine, which along with Merck & Co’s blockbuster immunotherapy Keytruda cut the risk of the skin cancer’s reappearance or death by 44% in comparison with only Keytruda.

Preliminary results of a phase 2b trial were disclosed in a news release but have not been peer-reviewed or published. According to the companies, the full data will be published at some point, and will be sharing results at an upcoming conference. 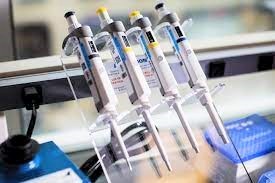 A phase 3 study will be initiated in melanoma patients next year, and will evaluate additional tumor types, the companies revealed.

“Today’s results are highly encouraging for the field of cancer treatment. mRNA has been transformative for COVID-19, and now, for the first time ever, we have demonstrated the potential for mRNA to have an impact on outcomes in a randomized clinical trial in melanoma,” Stéphane Bancel, chief executive officer for Moderna, said in a news release. Moderna previously developed the mRNA Covid-19 vaccines used in the U.S.

Moderna’s chief medical officer, Paul Burton, revealed that the vaccine can be made in approximately eight weeks, though the company intends to cut that timeframe in half in the future.