Moderna (NASDAQ: MRNA) revealed Monday it will be increasing its Covid-19 vaccine production by 20% to 600 million in 2021. The vaccine requires two doses to be administered four weeks apart. Upon the news, Moderna’s shares rose.

The biotechnology company aims to produce up to 1 billion doses of its Covid vaccine during the year. Meanwhile, the U.S. is set to acquire 100 million doses of Moderna’s vaccine by March, as well as another 100 million by June, according to the company. Furthermore, the company disclosed that the federal government had agreed to purchase 200 million doses with the possibility of securing 300 million more if needed. 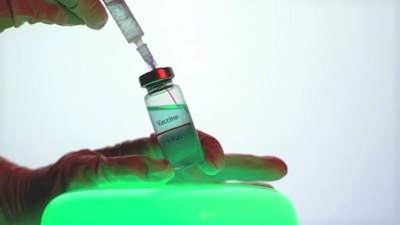 Moderna’s Covid vaccine has also been approved in Canada for those 18 and older. The country will receive 40 million doses of the shot and has the option to acquire another 16 Million.

“Our effectiveness in providing early supply to the U.S. and Canadian governments and our ability to increase baseline production estimates for 2021 are both signals that our scale up of mRNA vaccine production is a success,” Moderna’s chief of technical operations, Juan Andres, said in a statement.

Distribution of vaccines within the U.S. has been much more gradual than officials initially anticipated. Despite currently having over 13 million vaccine doses, the U.S. has only managed to administer 4.2 million “shots in arms,” as stated in data from the U.S. Centers Disease Control and Prevention.

“What we said our goal was, was actually to have 20 million first doses available in the month of December. Those are available,” Azar said. It’s unknown what the company referred to when it said the doses were “available” when only 13 Million have been dispersed throughout the U.S.