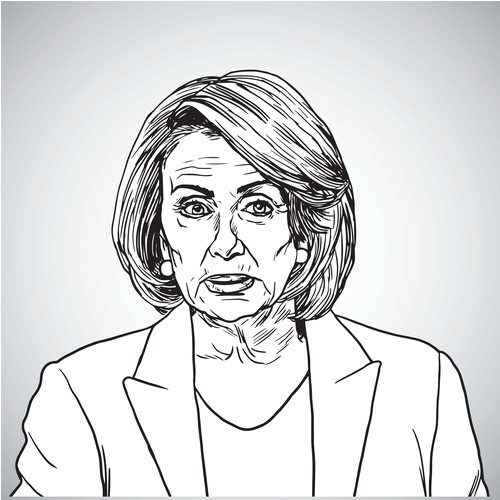 California Democrat Nancy Pelosi was elected speaker of the House of Representatives on Thursday, making her the first person to reclaim the gavel since 1955.

Pelosi picked up the majority of votes needed to win the speaker’s gavel and lead the House in an era of divided government. She will take the reins of an ideologically diverse Democratic caucus into the 2020 presidential race. She won 220 votes to 192 for Republican minority leader Kevin McCarthy of California.

The 116th Congress convened at noon with Democrats newly in control of the House of Representatives and Republicans still leading the Senate, the first time in modern history a new session of Congress opened during a partial government shutdown.

Pelosi, 78, was first chosen to lead the House Democratic caucus in 2002 and served as the first female speaker from 2007 to 2011. The Baltimore-born daughter of a congressman, she rose through California party politics, starting as a campaign volunteer, and was first elected to Congress in 1987.

“This House will be for the people,” Pelosi said in prepared opening remarks. She said she wanted to work “to lower health costs and prescription drugs prices, and protect people with pre-existing conditions; to increase paychecks by rebuilding America with green and modern infrastructure—from sea to shining sea.”

In the Senate, Republicans hold a 53-47 majority. Majority Leader Mitch McConnell (R., Ky.), who has led his party in the Senate since 2007, has two more seats than before last year’s midterm elections.

Both chambers are expected to focus on reopening portions of the government which have been closed for 13 days due to a funding lapse. House Democrats plan to put forward a package of six full-year spending bills that would fund most of the shut-down part of the government through September. Separately, they will propose a short-term extension of current funding through Feb. 8 for the Department of Homeland Security.

The 116th Congress is the most diverse in terms of race and gender, and both chambers will include more members hailing from their parties’ more ideologically extreme wings. One hundred and two women will serve in the House and 25 in the Senate, increasing the percentage of women in Congress to 24% from 20%, according to analysis by the Center for American Women and Politics at Rutgers University.

The incoming lawmakers constitute the least politically experienced House of Representatives in the chamber’s history, according to an analysis by the Brookings Institution. Among the freshmen of the 116th Congress, just 32% have state-level political experience and 15% have local government experience.