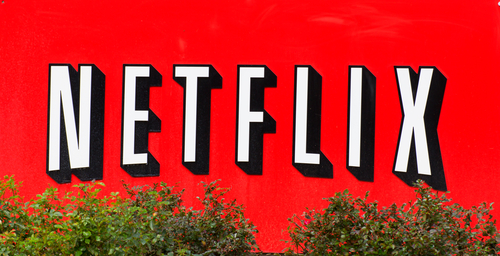 “As we’ve improved the variety, diversity and quality of our content slate, member engagement has grown, revenue has increased, and we’re able to further fund our content investment,” said Netflix.

Netflix’s revenue grew by 31.1% year-over-year, largely due to the 21.4% growth in global streaming paid memberships. At the end of the quarter, Netflix reported a total of 158.33 million paid users.

Netflix noted that it’s slowed domestic subscriber growth was due to its price increase, which the Company says retention has not fully returned on a sustained basis to pre-price-change levels.

Despite slowed domestic growth, Netflix reported that revenue growth has continued to accelerate as US ARPU has increased by 16.5% year-over-year during the third quarter.

International subscribers grew by 23% year-over-year and also topped Netflix’s estimates of 6.2 million users. The Company mentioned in its earnings release that it is focusing on work within its Asia markets.

As for the fourth quarter, Netflix is expecting earnings of USD 0.51 per share on revenue of USD 5.44 Billion. Additionally, Netflix is also forecasting net global paid users additions of 7.6 million, with 600,000 for the U.S. and 7 million for international.

Overall, if Netflix meets its fourth quarter guidance, it would represent a total of 26.7 million paid addons for fiscal 2019, down from 28.6 million a year ago.

Moving forward, Netflix warned in its letter to shareholders that increasing competition within the streaming service market could be “noisy” and create “modest headwinds.”

Competitors such as Disney (NYSE: DIS), Apple (NASDAQ: AAPL), AT&T (NYSE: T), Amazon (NASDAQ: AMZN) as well as NBCUniversal and WarnerMedia could threaten the subscriber growth of Netflix in the future.

“Many are focused on the ‘streaming wars,’ but we’ve been competing with streamers (Amazon, YouTube, Hulu) as well as linear TV for over a decade,” Netflix said. “The upcoming arrival of services like Disney+, Apple TV+, HBO Max, and Peacock is increased competition, but we are all small compared to linear TV. While the new competitors have some great titles (especially catalog titles), none have the variety, diversity and quality of new original programming that we are producing around the world.”

Media Advisory: BRP to Introduce Its New 5 Year-Plan and to Hold a Management Presentation at Its 2019 Investor and Analyst Day in Florida