“We do not have a relationship with Little Nas X or MSCHF,” Nike released in a statement. “Nike did not design or release these shoes and we do not endorse them.” 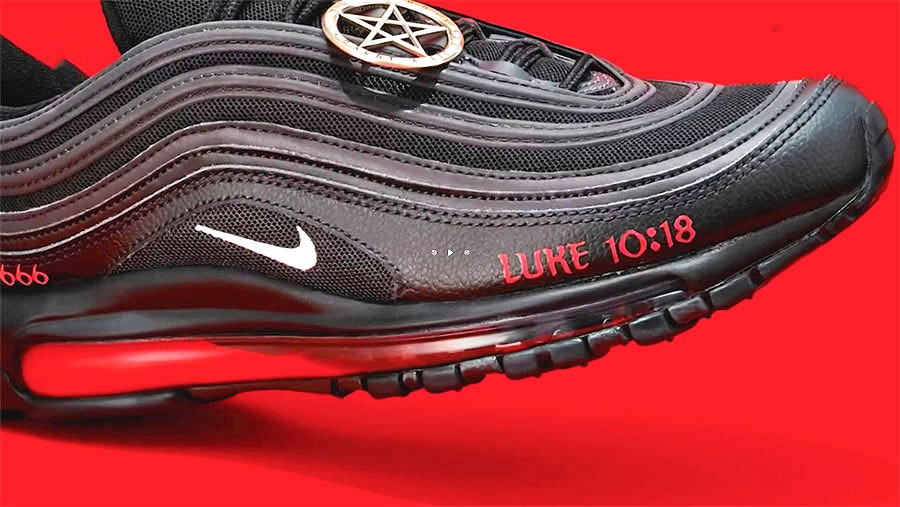 The sneakers which are custom renditions of the Nike Air Max 97, allegedly contain a drop of human blood in the midsoles and showcase a “Luke 10:18,” biblical passage highlighting Satan’s fall from heaven.

According to MSCHF, the sneakers are “not typical sneakers, but rather individually-numbered works of art,” that should not be mistaken for Nike merchandise. The collective had previously created a line of “Jesus Shoes” from the same Air Max model, without many obstacles.

The collection made exclusively 666 pairs, priced at USD1,018 each.

“MSCHF strongly believes in the freedom of expression,” the company said in a statement. “We look forward to working with Nike and the court to resolve this case in the most expeditious manner.”

Nevertheless, Nike’s lawyers argued that “even ‘sneakerheads’ were actually confused by MSCHF’s shoes,” and that MSCHF had a “history” of selling their products before courts could stop it.

Lil Nas X was not a defendant within the case. However amid the frenzy associated with the ordeal, his latest single MONTERO hit No. 1 on the Billboard Hot 100 this week.