Nike (NYSE: NKE) announced on Wednesday several company changes including leadership adjustments and job cuts as a means to enforce the digital side of the business. Throughout the pandemic, shoppers’ customs have evolved and the company aims to adapt with its customers. Newly named CEO John Donahoe is the leader behind the strategy.

“While we (aren’t) providing numbers, the changes are expected to lead to a net loss of jobs, which is always difficult,” Nike said in a written statement. “We’re focused on shifting resources and creating capacity to reinvest in our highest potential growth areas.”

The company reported approximately 77,000 workers in its last annual report. All the changes will result in a loss of jobs amounting to USD200 Million – USD250 Million in one-time employee termination pretax.

A company spokeswoman declined to comment on the amount of jobs expected to be lost. 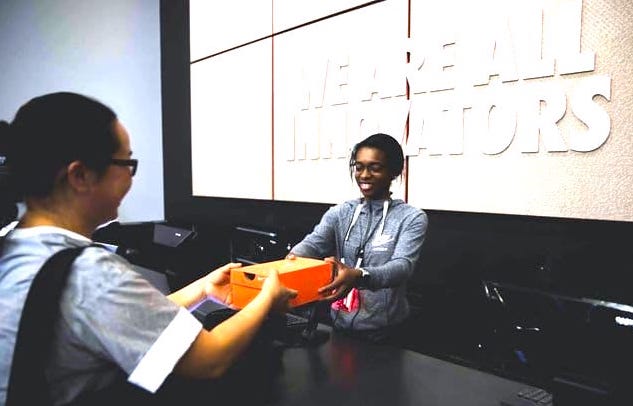 Leadership modifications include the company naming former head of its global categories, Amy Montagne, as vice president of its men’s business. Former head of its specialty businesses, Whitney Malkiel, will be head of its women’s business. Additionally, former head of Nike’s North American kids business, McCallester Dowers, has been positioned as head of kids globally. All previously mentioned will report to Michael Spillane, which is now head of a new consumer creation division, according to Nike.

“We are announcing changes today to transform Nike faster, accelerate against our biggest growth opportunities and extend our leadership position,” Donahoe said in a statement. “Now is the right time to build on Nike’s strengths and elevate a group of experienced, talented leaders who can help drive the next phase of our growth.”

Nike has a Market Cap of USD153 Billion. Shares declined 1% in morning trading with the stock falling 3% this year.