Nordstrom (NYSE: JWN) first quarter sales tumbled 40%, however it believes it is financially strong enough to weather the pandemic. Nevertheless, several of Nordstrom’s competitors who are less economically prepared, struggle to survive.

Neiman Marcus and J.C. Penny have filed for bankruptcy and Macy’s is auctioning USD1.3 Million in debt to acquire added liquidity. The virus hit after retail giants were grappling to stay afloat as less people frequented stores.

Fortunately, Nordstrom announced about 40% of its stores were now open to the public after months of involuntary close. The department store hopes to be fully up and running by June.

“We’re entering the second quarter in a position of strength, adding to our confidence that we have sufficient liquidity to successfully execute our strategy in 2020 and over the longer term,” CEO Erik Nordstrom said. 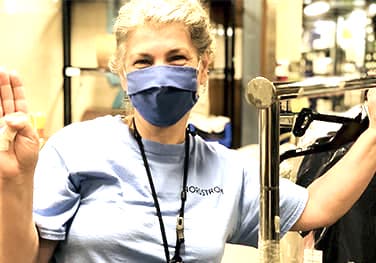 As of May 2 Nordstrom acquired a loss of USD521 Million or USD3.33 per share and revenue dropped to USD2.12 Billion compared to last year’s USD3.44 Billion. Due to the crisis the department store reported that sales at its full-price stores decreased 36%, while Nordstrom Rack sales plummeted 45%.

In spite of the downturn in events, the company cleared out 26% of its inventory as it implemented “aggressive actions to reduce receipts and clear excess inventory through increased marketing and promotional activities.”

“This favorable inventory position enables the company to bring in newness for customers beginning in June,” Nordstrom said.

As a means of back up, Erik Nordstrom said that the company could use Nordstrom Rack stores and website as an “exhaust” to advertise and sell full-price merchandise. “Our off-price stores are a huge part of our future,” he said.